Mariachi, Margaritas and the Macarena Make it Better

Hello, ladies! How are y'all today? I hope everyone had a great weekend and start to the week. Thanks for all the love yesterday, I really appreciate your sweet comments and thoughts. This weekend was a tough one athletically and and a bit of downer due to both losses. I know it's not the end of the world or even that serious but I don't know anyone that likes to lose so I had to work through that yesterday.

Saturday started off really well with our coed team but we completely stalled in the afternoon and our day was cut super short due to our lack of discipline. It was frustrating to say the least, especially after everything we dealt with last year. The fact we lost to a team that was not better than us was another hard pill to swallow. I was in a pretty sulky mood and really didn't want to do anything when we got back home. Luckily, it just too a few things to get me out of my funk.

Like homemade pizza and a glass of wine, which we enjoyed while watching Spy Game. Can you believe that Le Husband had never seen it? And would you believe that it's one of my favorite movies? If you haven't seen it yet [how could you not?] I suggest you rent it next movie night, it's a great suspense/thriller and a super fun espionage look at the CIA. 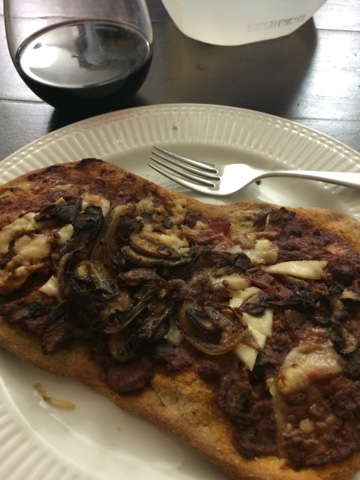 We heard from other people still playing that the finals ended up getting canceled due to tornado [!!!] and severe thunderstorm warnings. We had one of the biggest and loudest thunderstorms I've ever heard but luckily we didn't lose power. The tournament ended up having co-champions because the weather stayed bad into the late evening. #guessitwasntsobadtoloseearly 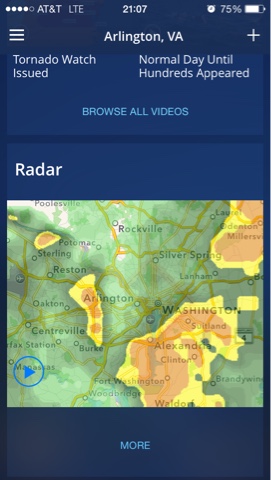 During the break between storms, I convinced Le Husband that we needed Menchies and being the amazing man he is to me he obliged and drove us up the street in the rain. Luckily it wasn't too bad when we got there and we enjoyed a delicious cup of goodness while watching the rain out the window. On our way back we got caught in a pretty heavy downpour and had to book it into our apartment. I laughed the whole way because it was such silly fun. 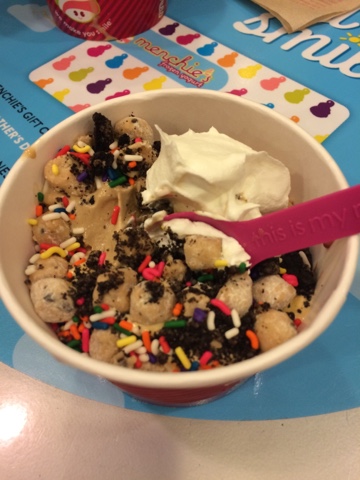 Sunday morning started a bit later then Saturday but it still felt bright and early. Our women's team started the day a lil slow, but managed to pull off three wins in our pool, making us the #2 seed overall. We had to go through some tough competition in the elimination round [including last year's champs that beat us in the 2014 finals] and after some hard work we found ourselves in the finals once again. 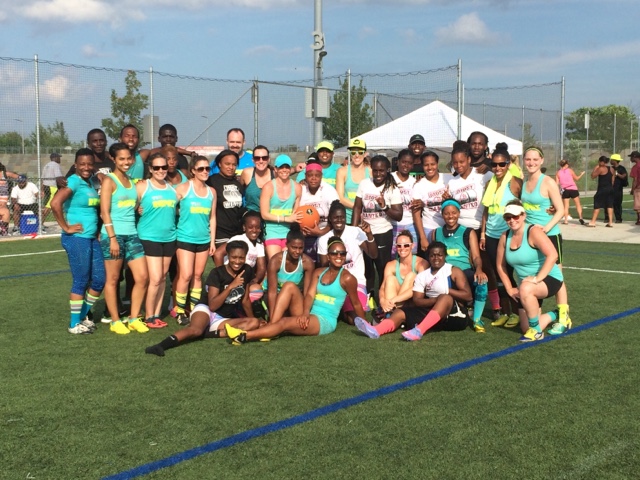 We were all confident [not cocky] about our play because things had been going pretty well for us [minus a few drops which hurt every time] and it felt like we had all the pieces to finish the day up with a win. Well, that just wasn't to be and it sucked, big time. We were winning and then a great kick and a dropped ball had us losing by three which really hurt. Our team managed to rally late and got within one run and guess who was up to bat with the bases loaded and two outs??!? Yup, yours truly.

I wish I could say I had an amazing kick that won the game, but I can't. I connected well and picked a great spot for the ball to land but the other team made a good play and we ended up losing by one. It sucked. A lot. I've never been the last out before and it's a feeling I hope I never have to experience again. I know it wasn't just on me, but I wanted more than anything to be great and pull through for my team, however all I could manage was a good kick. Blah, barf, poopy pants, ugh.

Luckily I didn't have too long to stew, because we took Daddy out for Father's day to our favorite Mexican spot. Mama B and Daddy came and watched our semifinal and final [ugh, dagger] and then we whisked him away for a Father's day dinner. 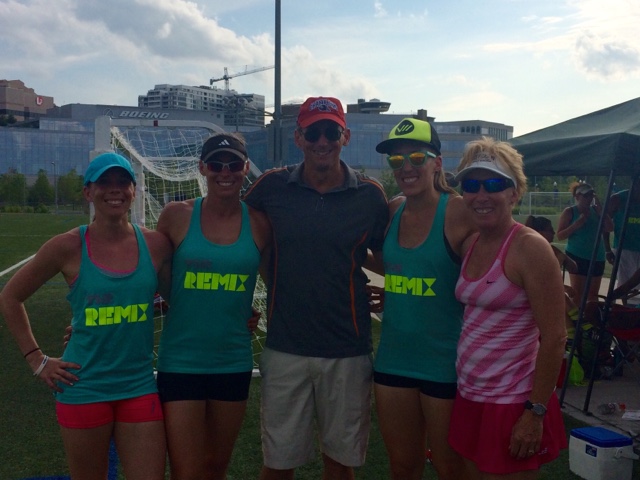 We are so lucky to have such a chill Daddy, he's just the best. He lets us go about our lives and just goes with the flow and is there to help when we need him. I can't imagine life without him and am so grateful for everything he's done for us.

With everything that happened that day it was definitely margarita time and we all ordered different ones to cheers Daddy. The chips and guac were on point and the nachos and baja tacos were amazing. Compeltely the atmosphere and food to get everyone into good spirits. 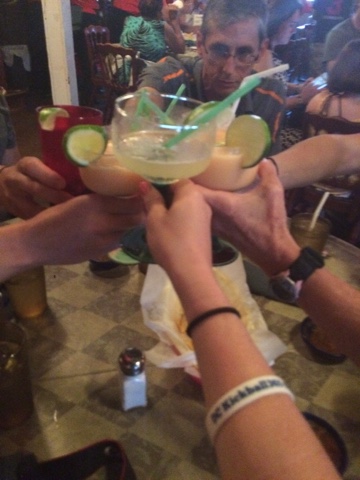 Oh and did I mention it was Mariachi Sunday?!?! Yeah it was and the music was so much fun to listen to while we were eating and just hanging out waiting for the food. The sissys sent out quite a few snap chats with the band in the background. 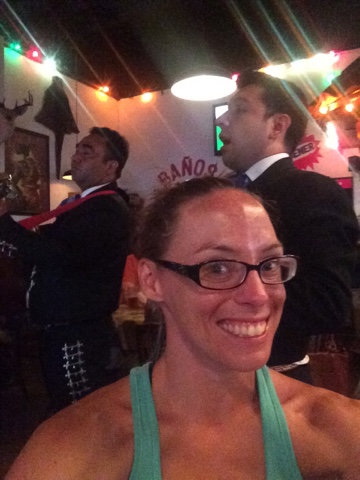 The table next to us requested the Macarena and you better believe our table was dancing a long the entire time. Well, not Le Husband. He was quite happy filming behind the camera phone ;)! And yes, there were other tables dancing along, it was just the Brady Bunch.

This weekend had quite a bit of suck in it, but each night more than made up for the awful outcomes on the athletic fields. Ya win some and you lose some but when you get perspective you realize that life is good and margaritas make it all better :)!