You're Such A Spaghetti Squash and Whole30* Round 2 {Recipe Files}

Yup you read that right, we did it again. I know it sounds crazy, but after our first Whole30 experience we both went a lil nuts eating all the food. Now, a lot of that eating started because of birthday shenanigans and then I honestly just got lazy. I was lazy about planning, prepping and food watching and a few weeks later I felt like poopoo. Normally I'd just try moderation, but since bathing suit season was right around the corner I figured the only way to get in shape would be to get back to strict rules. My weight and inches had crept back up and I was not happy with how I looked.

Whole30 has been the only eating program that has shown me success and I am extremely happy with the results. I know that it's not something everyone would want to attempt, but it has worked well for me. Do I think everyone you should try it out once? Yes, yes I do [unless you are vegetarian or on a restrictive diet already]. I know many people are scared about the strict regime, but I 100% believe that anyone who tries it will be surprised by their results and their will power. It truly can be mind over matter if you plan it out.

I find it interesting when people bash the program without trying it. Understand me though, saying it's "too hard for them" or "they aren't sure if they could" is NOT considered trashing it in my opinion. I understand the trepidation, I was very nervous about it at first. But people that just talk down about it because they don't want to try it kind of make me laugh. Clearly they haven't fully researched the program and that's fine. Different strokes for different folks, but going on a rant about Whole30 is kind of silly because if you don't want to try it, don't, no one is forcing you. Okay, moving on now.

This Whole30* taught me that I can be an emotional eater, which is something I never considered before Whole30. When I'm stressed out or frustrated I want a class of wine [I mean wine makes it all better right?] and I also want to eat all the bad things. I crave chips, ice cream or lots of pasta because I see those as indulgences. And when things are bad and pissing me off indulgences make me feel 'better'... or so I thought. There were a few stressful moments during this program and all I wanted was something not on the list and you know what, the next day I felt better than if I had indulged. Not being able to grab something 'bad' made me look at what was really bothering me and made me figure out another way to feel better. Now that the program is over I'll probably think twice before I reach for something when I'm stressed or annoyed.

Alright, now to the fun stuff, the results. Since I am leaner than I was before the first go round I knew my numbers wouldn't be as awesome but I still expected to see some sort of change. Interestingly enough my weight dropped the same this time but my inches were not nearly as drastic. I've actually lost 10 pounds since we started our Whole30 in February and am almost at my wedding weight, carrying a LOT more muscle than I did in 2013. 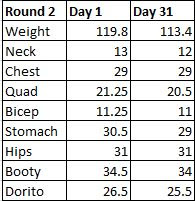 I had some great NSVs as well, clothes fit me better, my ab definition started to show and people started to notice a difference in my body. I had the BEST moment at the gym last Friday because a body building girl that I chat with from time to time came up to me and told me I looked great. Talk about the best feeling in the world, y'all. Le Husband had really only been the person to tell me he noticed a difference, sp having someone that knows fitness and works out for competitions notice made it worth all the effort. 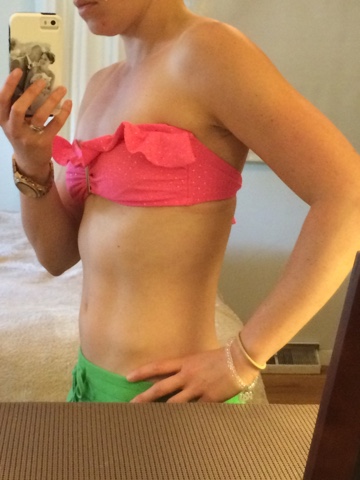 Since I did a weekly update last time, I decided to keep our second Whole30* off the blog until it was complete. I didn't want to bore y'all because for the most part we ate the same thing we did last time and it was a lot easier planning meals the second go round. There was a lot less worry or trepidation about the unknown and there was less variety too because I already knew what worked so why stray from the tried and true?

Enter our ONE new dish. I didn't attempt spaghetti squash last time, but I knew this time it was something I was interested in making the next time we attempted Whole30*. Despite completely overlooking the spaghetti squash at the Safeway and googling if butternut squash works the same way [fyi, it doesn't] I was able to find one with the help of a kind Safeway worker [thank you]. Make sure you ask if you can find one at your store, they will have them!!!

There are a ton of recipes online and I followed this one because it was one of the first ones I found and I just left out the cheese. Spaghettis squash isn't very hard, it just takes about 50 minutes or so to roast the squash in the oven so this is NOT a meal to make on a whim or without a plan. #scoreoneformealplanning 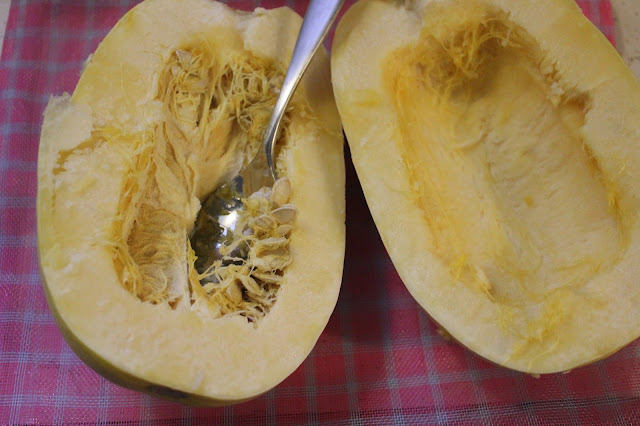 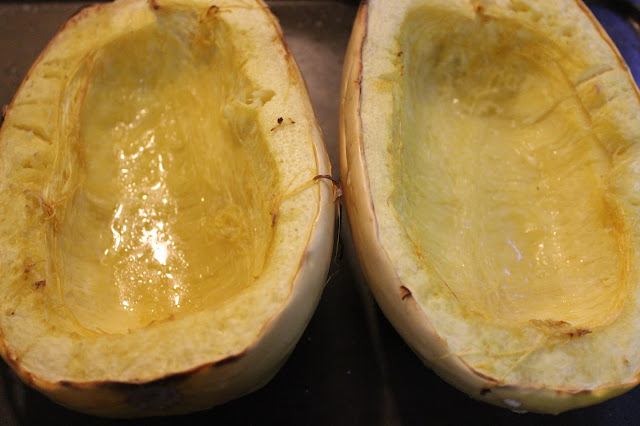 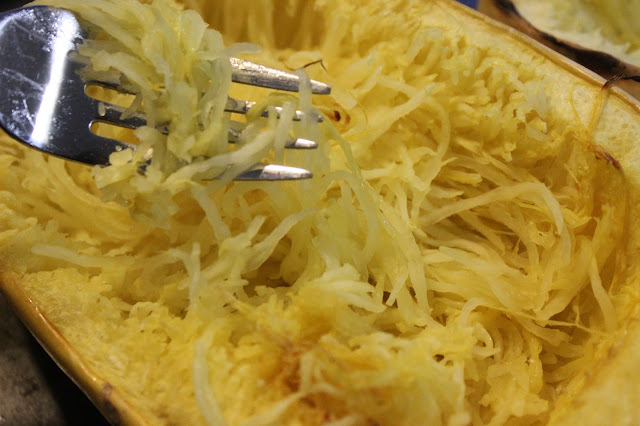 Things got a lil more intense because I also had to make my own spaghetti sauce since all the ones we had at home had sugar in the ingredients. Thankfully we had everything I needed at home and it was pretty darn tasty if I do say so myself. I'm a huge fan of homemade sauce even though it comes out much chunkier than the jar version. I think next time I'll puree it in a blender to make more of a smooth sauce. 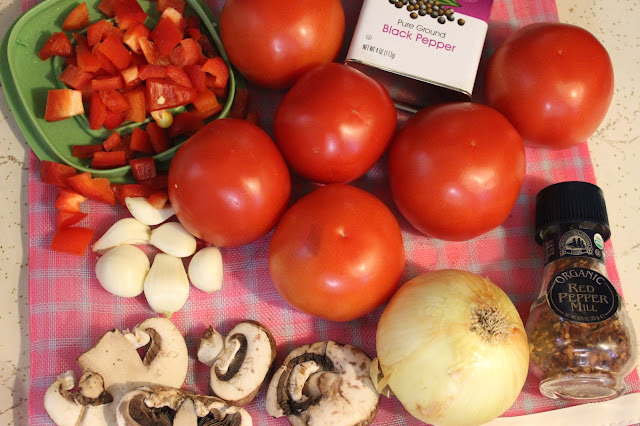 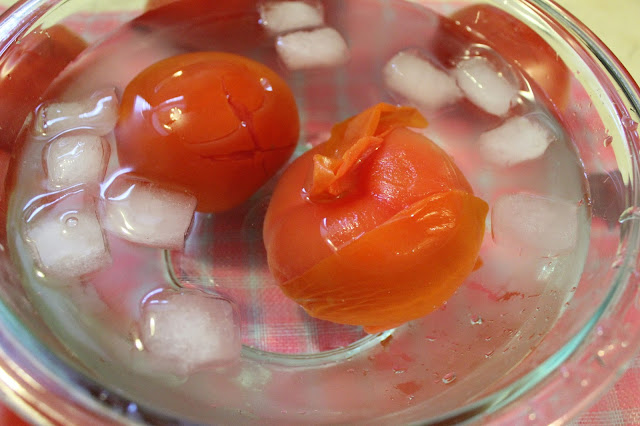 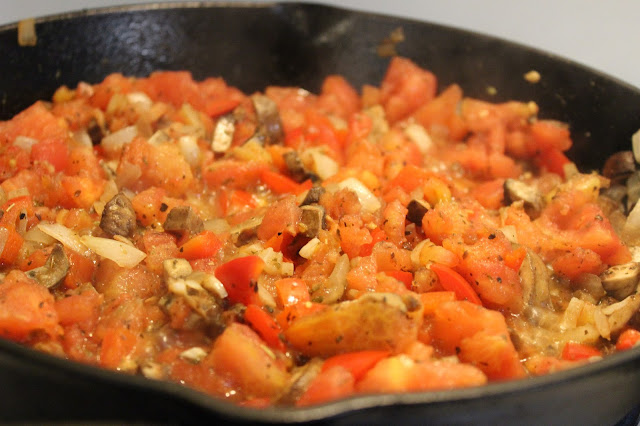 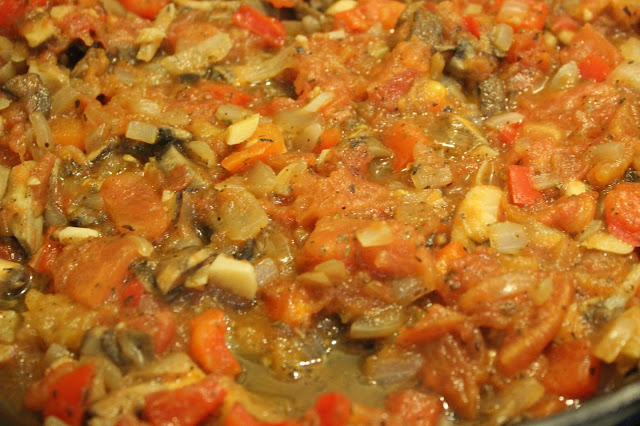 For a bit of protein I made some chicken meatballs that tasted awesome in the sauce, but were a bit dry on their own. I definitely will have to tweak this recipe before I share it. I will say making regular meatballs would be amazing with spaghetti squash. Le Husband was actually a big fan and I see this being a new staple in our life because it was almost better than pasta, well it is better than boxed pasta. I don't think anything will ever top homemade pasta :)! 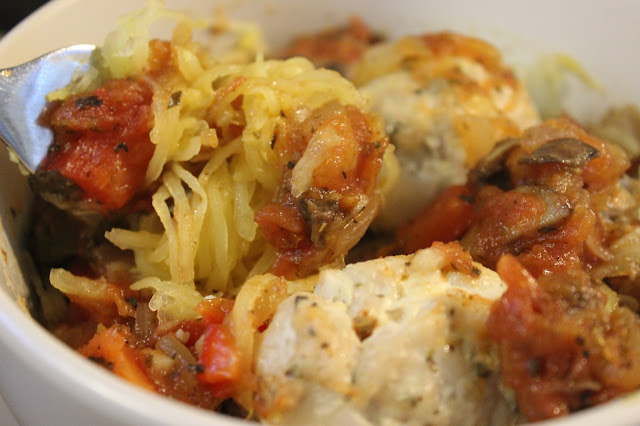 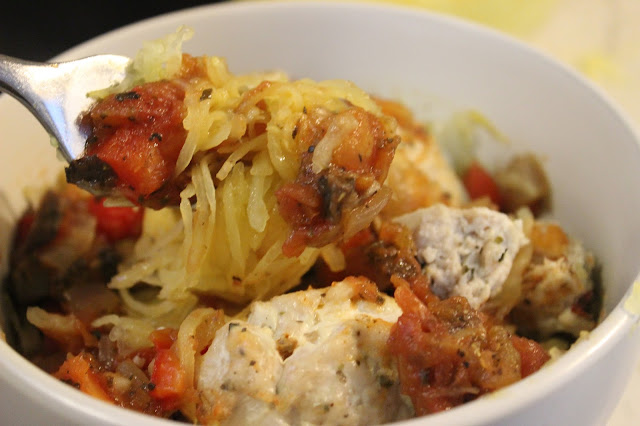 Have you made spaghetti squash before? Did you like it? Have you tried a bake?

*ASTERISKS*  You might have noticed the * by every Whole30 in this post and that is no accident. I wanted to call attention to this Whole30 because it was indeed different from our first. Technically it was not a true Whole30 because there was a slip up day when we went to visit Le Husband's family. When a rub was made for the BBQ sugar was put in and obviously that's a no-no. I was kind of annoyed about it and went a lil off the deep end and had a smore and drank some wine, which again is a no-no and cause for a restart. However, since Le Husband and I had already completed a TRUE Whole30 we both felt okay jumping back in the next day and going about the program. I have no problem sharing this here, I'm100% fine with our decision and feel it's best to be fully transparent.