Six months ago, today, I was walking down the aisle to marry my best friend. 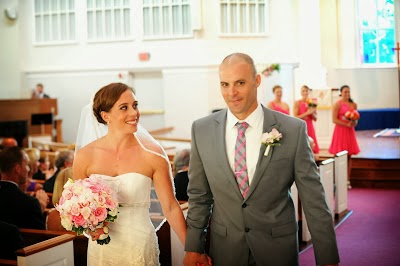 Here I am today, six months later, and my oh my, has time flown.

I am beyond baffled that I'm a Mrs of half a year. Le Husband agreed it was baffling, when I mentioned the date he said "Really?!? That doesn't seem possible." I guess time flies when you're having fun right?

These past six months have been incredible, but they haven't been 'perfect'. Marriage is amazing, but it is a lot of work too. It's a daily choice to stick to a promise and even though we're in the 'honeymoon' stage of marriage there has been a bit of a learning curve for the both of us.

Here are five things I've learned in the past six months regarding our marriage.

1] Communication is key. - Obviously. Communication is something stressed to all couples getting married, especially in pre-marriage counseling [which is the best decision ever. DO IT even if it's not required. Talking about stressful things with someone licensed in counseling for free is irreplaceable.] But, I've also learned that sometimes simple communication needs a bit of a shake up. Sometimes a "who peed in your Cheerios" or "what's with the 'tude dude" is better than holding it in, hoping it goes away or pouting and hoping he notices. Once the situation is out in the open, it can be discussed, a solution can happen [hesaysimsorry] and we can move on with the day. Plus, working things out faster leads to making things up faster too ;)

2] Keeping your identity is important. - I'm 100% guilty of falling into the newlywed bubble of just hanging out with my spouse and enjoying the simple things together. But, I have also made it a point to do things on my own, with my friends and encourage Le Husband to do things with his friends too. Girls/guys nights are important and having them keeps you from getting on each others nerves. Whether it's a dinner, happy hour, a night out on the town or a weekend trip it's important for you to be true to you and the girl you were before you found your perfect match.
3] Choose the one that makes you laugh. - We will never be bored. Not because we are super interesting people, but because we constantly, constantly make each other laugh. It's the funniest thing, but the most mundane, random things create the most ridiculous circumstances in our apartment. Giggles, chuckles and belly laughs are daily occurrences and for that I'm so grateful. I'm pretty sure we aren't as comical as we think we are, but it's wonderful living with someone that 'gets' your type of humor.  Good lucks and charm can fade, but if you can laugh with your partner, life will be a lot more fun. 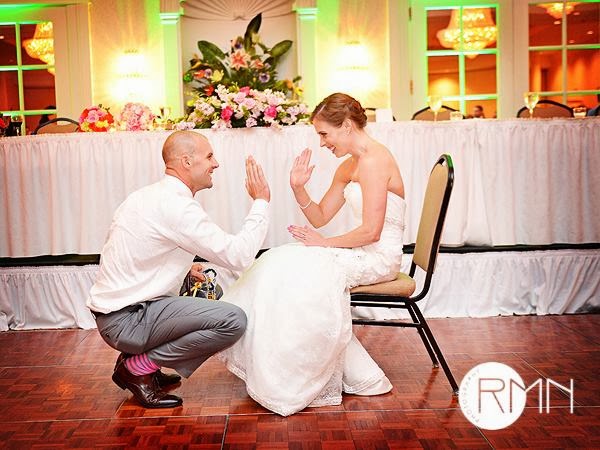 4] Keep things between you and your spouse. - Whether it's the annoying thing he does everyday or the super sweet note he leaves you in the morning, there are some things that should just be kept between the two of you. After the first month of being married I wanted to shout it from the rooftops how awesome Le Husband was and tell everyone about the cute and funny things he did all the time. I told a few people some things, but I kept most of them to myself. One because no one REALLY CARES and two having 'something' that's just ours is special. And even though I'm a female and problem solving out loud with other people is in my DNA, I've learned that problems, issues or disagreements really don't need to be spoken about with anyone else. If he constantly leaves his socks in the wrong spot of the room, that's our problem. If I was super fussy one day and he called me out on it, that's our business. Keep it behind closed doors, because the most important people in your marriage are you two.

5] Marriage is the most amazing gift. - You think you know, but you have no idea. Maybe it's because we didn't live together before we were married, but everything has been so different since 9.7.13! I mean, I know some people just view marriage as 'a piece of paper', but to me it's so much more. It's a promise, to God and Le Husband and a commitment of my life to another human being. Now, I'm not trying to knock people that are only dating, because dating is pretty awesome too. Nor am I saying marriage is the only way to be happy, because it isn't for everyone. But, I've changed, for the better I believe, from girlfriend to fiance to wife.   Knowing I have Le Husband by my side, for the rest of my life is the most wonderful and most comforting feeling in the world. I'm so thankful God decided men and women didn't need to walk through life alone. 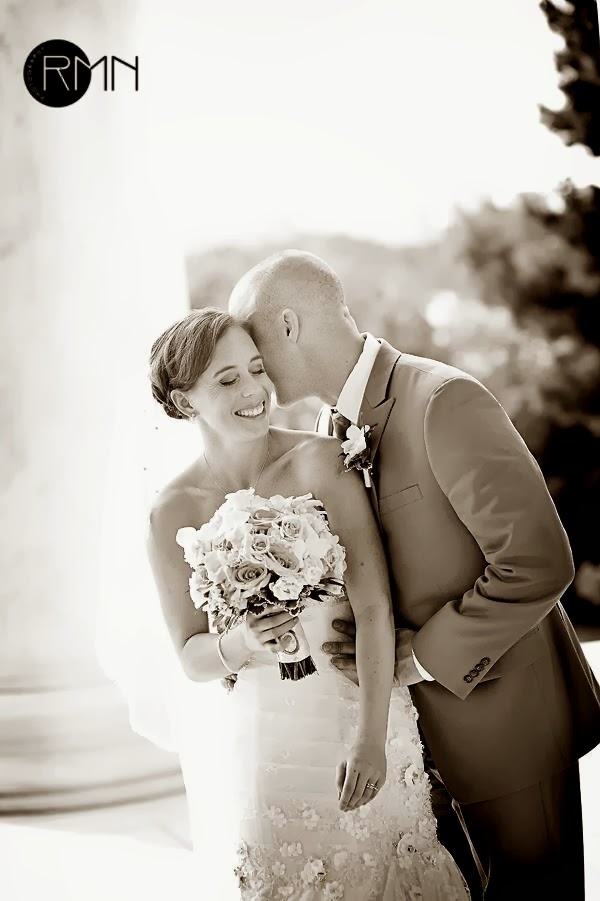 Happy six months my love. To the moon and back < 3!

What are some of the best tips you've learned about marriage? Anything you would suggest to a newlywed?