A Kent Stating We Will Go

Morning ladies, I hope you had a great weekend.

Mine was spent in the lovely state of OH-IO!

Le Husband had a college baseball reunion this weekend, so Friday afternoon we left work and headed to good ol Kent State. The weather Friday morning was rainy and caused some flooding, but when we left it was a beautiful, sunny day. I was so happy to see the sun I snapped this picture. 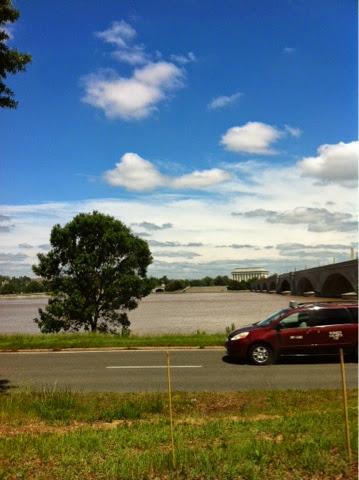 After a pretty smooth, five hour drive [thankyounap], we arrived in Kent and immediately headed to the field to catch the last two innings. It was neat being there with Le Husband, watching a baseball game with some of his boys. The only bummer was it was FAHREEZING cold. Moms had blankets and everyone was in hats and boots. The warmest thing I brought was a North Face fleece…oops! 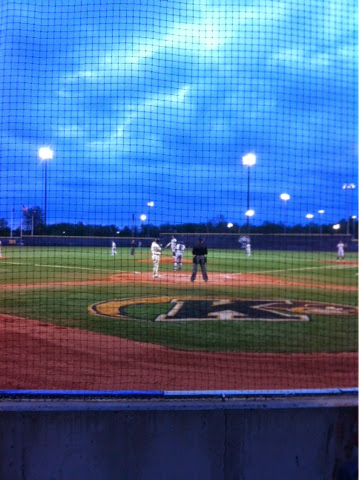 Kent managed to pull out the win in the 9th and woohoo it was over ;)! We headed back to our hotel after chatting with more teammates and coaches and grabbed a drink at the bar. Well, actually a drink turned into a bottle and way past our bedtime. We finally headed to bed, when we realized how early we were up the next morning.

Le Husband and another teammate had scheduled a breakfast with one of their former coaches and the wives tagged along. We ate at this incredible diner that I totally forgot to photograph. It was amazing and the food was delicious too. Bad blogger, I know.

After breakfast, we all headed to campus for a quick little tour. However, as soon as we got to campus is started pouring, so we jumped back in the car and quickly zipped back to the hotel for our umbrellas. Once they were procured we headed back to campus and the tour began.

The first thing we toured was the memorial for the four fallen students, shot on Kent State's campus. I always thought the "May the Fourth" be with you meme was sillyfunny until Le Husband said "May 4th t's means a heck of a lot more to Kent State students". Lesson learned, Le Husband, lesson learned.

I found the memorials unique, in the fact they were built where all four students fell. I also thought it was weird some of them were in a parking lot. I felt it would have been a lot more moving if the area had been left as it was when it happened, but hey, I'm not the artist. 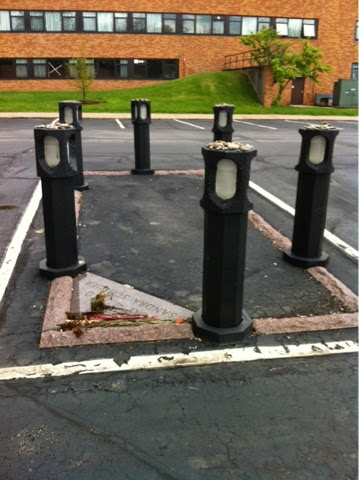 We toured the rest of campus and bought warm clothes at the bookstore. I'm not kidding, I procured two sweatshirts and a hat for the evening game. After the book store, we split up into couples. Le Husband and I walked around main street and found the most amazing cookie place. I housed a smores cookie with cookies and cream ice-cream on top. SO GOOD! 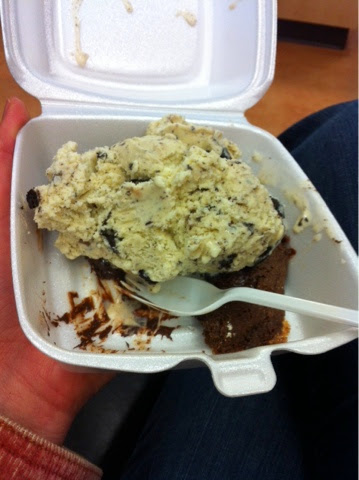 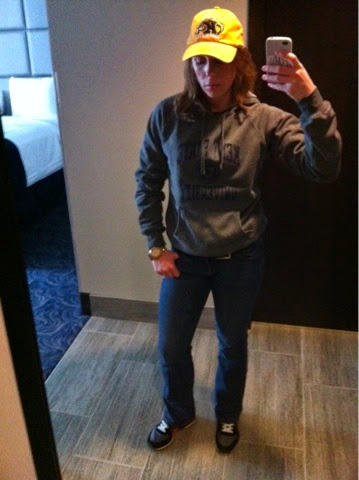 Despite the super dreary forecast, the evening ended up touring out pretty nice. It was chilly, but the sun was out and there was NO rain anywhere. The game was an absolute blowout, 19-0 with Kent scoring 9 runs in the first inning. I'm so glad it wasn't the other way around. 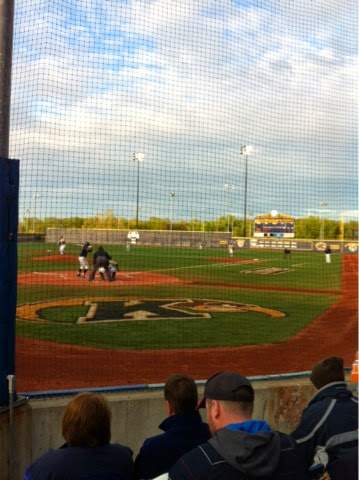 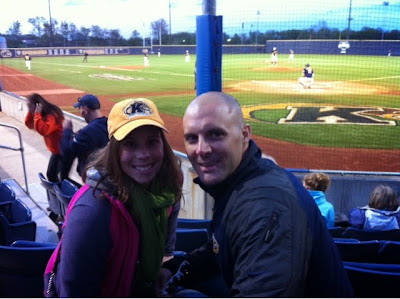 Once the game was over, we picked up one of the assistant coaches, who played two years with Le Husband, and headed to a cute lil restaurant. His wife came out too, so it was the three baseball boys and the three wives, so lots of talking at one table.

The food was good and we enjoyed a couple drinks before they pretty much kicked us out. Seriously, they were putting up chairs and tallying tips when we left. We then stood outside for another 45 minutes while the boys kept chatting. We wives knew how much fun they were having so we didn't mind, until it became midnight and the wind picked up. Then it was time for goodbyes and hugs.

Sunday morning we were up and at em, checked out of the hotel, grabbed bfast and then hit the road. And of course the outlets. Woohoo more new running shoes [such a steal] and awesome water proof jackets for the summer. YAY!

We ended up at home with enough time to prep for Monday and decent sleep.

It was such a great weekend and I'm so glad I was able to see where Le Husband played ball. I've always wanted to see that part of his life, as it was so important to him. And I'm so glad I got to meet some of his boys. I look forward to the next reunion, for sue.

Oh, and we finally took our boy, Trip, on his first vacation.
how was your weekend?
Linking up with these beautiful ladies today