The Weekend I Tried to Get Over It... And Couldn't

This weekend was supposed to be oh so great. A weekend in Dallas with Le Husband for the kickball championship. A chance to see my BOFF and her sweet family. When we made the random quick decision to play a tournament in NOLA in September I asked for time off with my front desk job. It was granted and all was well.

Then this job came about and I realized leaving the second weekend into the job wasn't the best idea. I don't WORK weekends, but I'm responsible for the staff that does and I figured I needed to be here since I'll be gone next weekend for a wedding and then I'm back in Virginia for Thanksgiving. I kew when I accepted THIS job I'd be saying no to Dallas. If I went with the other job it would have happened but been extremely short, which would have been enough for sure. Crazy to say, but going to Dallas was something I thought about when I made my job decision.

Originally I thought, 'No big deal. It's just kickball'. But as the date grew closer and I watched Le Husband pack up and head out on Friday night my brain started thinking 'What if'? What if they win and I'm not there? What if I had chosen the other job? What if I could be there? What if I decided to go anyway. I tried to stop the sad monster in my head. I worked the early morning shift Saturday morning, taught a great BODYPUMP class then headed to the VOLS game. 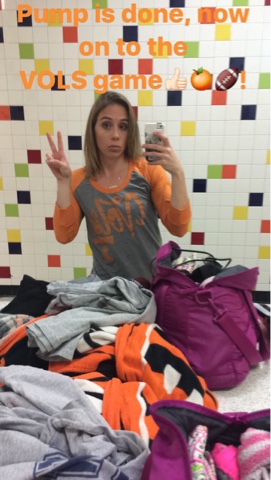 The weather was chilly but it was gorgeously sunny and the perfect last game [for me] of the season. I hung out later than normal, listened to the band on the boat next to ours and enjoyed hanging with T-Bone. It was a great distraction and one I desperately needed while receiving texts about the games in Dallas. 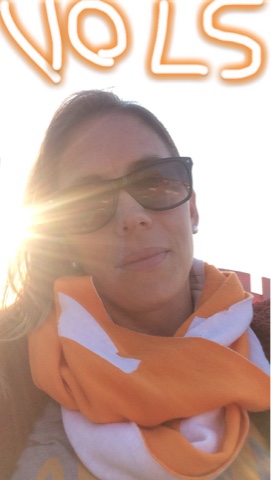 Saturday night was miserable. Le Husband was in Dallas winning a championship. Babyspice was in Toronto on a girls trip. Sportyspice was at the Garth Brooks concert. And Me? I was in bed, cold, sad and lonely as I live streamed the championship game and my team take it all. I was so proud of them, it was a long road this year and they worked SO HARD to make the repeat happen. Le Husband had great plays and I was proud when he kicked in a few runs. But, watching them run away with it made my heart hurt, I wanted to be there. I should have been there. I'd ALWAYS been able to go and now this ONE TIME, the one time I can't I miss out on the win and the money. SUCKS, just sucks.

You may say, what, kickball ruined your weekend? You're crazy. And I'll agree with you. But, kickball is something that ruled my life for the past six years. I traveled MONTHLY with Le Husband and sometime the sissys for tournaments. I've put so much time into being fit, so much money into traveling and I was so excited to be 'rewarded' with a championship this year. I could feel it since September, I KNEW the team was going to win. And they did, without me. Le Husband won, without me. Ouch!

Despite not really wanting to go, I headed to the gym because I knew I needed to get some endorphins pumping. After a short set of heavy legs and pull-ups, I attempted a muscle up and shockingly completed one out of three. It wasn't pretty but I did it and now I know something I'll be adding to my routine weekly.

There was a 2pm BODYATTACK class and since I was there I decided to take it since one of my mentors was teaching. She invited me to shadow on stage and I thought "why the hell not?" so I jumped up on stage and just went with it. Even though I didn't know half the tracks I was able to rock it out and halfway through the class I had my epiphany. THIS IS THE WHY! THIS IS WHAT I WANT TO DO WITH MY LIFE! THIS IS WHERE I NEED TO BE AND HOW I WANT TO LIVE! In between the burpees, tuck jumps, plyo lunges and pushups I found my why. There were some tears in the locker room as I continued to feel sad about a missed opportunity and I snapped this picture to show the truthful side of my life. It's messy, dirty, ugly, sad and tough, but now I'm renewing my commitment to my big girl goals. The path won't be easy but I will make it work. 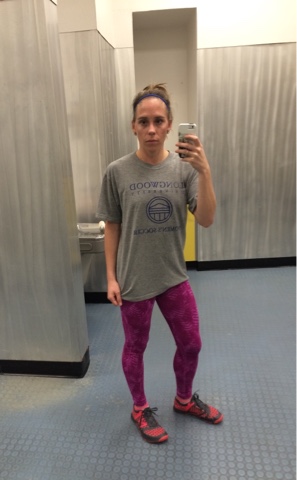 I hope you have a great week, friends! Despite my bad weekend I'm sending y'all some good vibes and planning to crush this Monday. Let's all start the week fresh together!