Courtesy of the RED, WHITE, and BLUE!!! 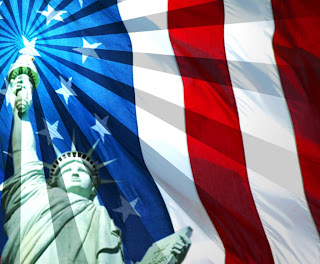 December 7 1941 "A day that would live in INFAMY"
September 11 2001 "Another DAY that would LIVE in INFAMY"
May 1 2011 "A day the MAN would PAY for what he did"
That's right, the leader of al-Qaida is no longer of this earthly world. Our Military, CIA, Special Forces and Department of Defense finally completed the misison started 10 years ago. A specialized team of Navy Seals took him out.
To quote Mark Twain
"I’ve never wished a man dead, but I have read some obituaries with great pleasure.”
I feel no sorrow, I feel no sadness, I feel no Rest in Peace-ness. The deed is done, we have prevailed and the man is no longer a part of our world. I believe with my whole heart my GOD will punish him for the atrocities he commited here on earth.
Everyone who is old enough remembers September 11th. They remember how they found out, they remember where they were, they remember what they felt. 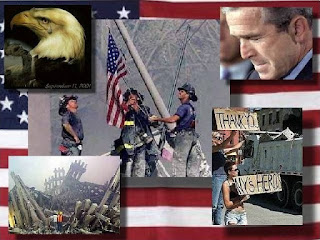 I can only imagine what was going through President Bush's head when he received the news. This picutre cuts and breaks my heart every.single.time.
You are the President of the United States of America.
Reading to children and you are informed your nations is under attack.
Could you have kept the poker face and finished the reading like President Bush?
HECK TO THE NO!!!! 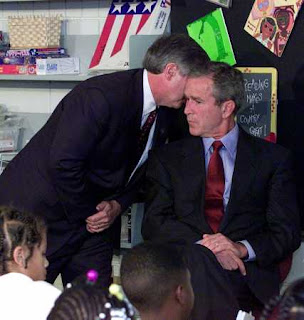 I firmly believe Bush was elected to lead us after September 11th. No way on earth could Al Gore have led the nation the way President Bush did.
He got the ball rolling in hunting down the horrible terrorist and finally
the JOB IS DONE.
"Earlier this evening, President Obama called to inform me that American forces killed Osama bin Laden, the leader of the al-Qaida network that attacked America on September 11, 2001. I congratulated him and the men and women of our military and intelligence communities who devoted their lives to this mission. They have our everlasting gratitude. This momentous achievement marks a victory for America, for people who seek peace around the world, and for all those who lost loved ones on September 11, 2001. The fight against terror goes on, but tonight America has sent an unmistakable message: No matter how long it takes, justice will be done."
Former President George W. Bush 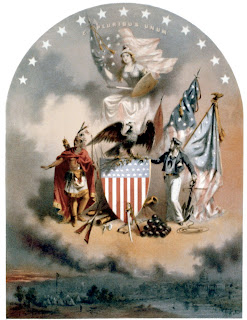 THANK YOU TO ALL OUR MILITARY PERSONELL!

Thank you to all of the intelligence officers.

Thank you to ALL involved for bringing the horrible man to justice.

This hits very close to home since BlackOps is over in Afghanistan. This was a Navy team not an Army team but it still hits close to our heart. 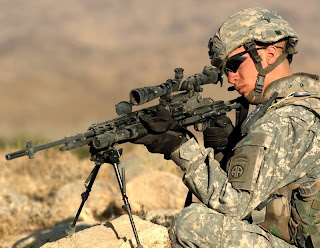 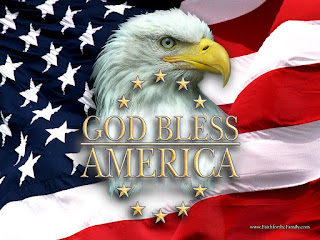 "Hey, Uncle Sam put your name at the top of his list,
And the Statue of Liberty started shaking her fist.
And the eagle will fly and it's gonna be hell,
When you hear Mother Freedom start ringing her bell.
And it'll feel like the whole wide world is raining down on you.
Ah, brought to you, courtesy of the red, white and blue. "