Bad People Tick Me Off

Where is this coming from you ask?

Well, last week, while Le Husband was sick mind you, I was greeted by a letter from our landlord posted in the hallway. This isn't out of the norm, as this is the way he communicates with our complex. Usually it's regarding an upping in price, cleaning of furnaces etc.

Imagine my surprise when I read the words "It has come to my attention someone has allegedly broken into the storage units...things may be stolen...contact the police if you are missing anything".


Obviously, I rushed down to the basement and lo and behold both Le Husband's and my storage unit had  the locks broken off and the doors wide open.

A quick glance in my unit assured me nothing of value, if anything was taken. My golf clubs were still there and everything appeared to be as I left it earlier in the week. A quick prayer of thanks was said.

When I alerted Le Husband, we both walked downstairs and unfortunately he wasn't as lucky. The crook too his dryer sheets [weirdo] and about $100 worth of his tools from his toolbox. Thankfully, most of his important work stuff, and tools, were in the back of his car.

And had mega locked up too.


Want to hear the craziest part?

This happened to him last year! YES! HIM and him alone.

It is quite clear he was targeted and I was possible collateral damage. The rude, robber SOB must have needed a quick fix for his drug or gambling habit so he did a basic smash grab. So, obviously it was an inside job.
[I should mention you have to have a key to get to the storage area. It's the same key that lets you into all the main doors of our complex.]


It is so infuriating and very unsettling. I've never felt unsafe where I live, but this does shatter the 'perfect lil apartment bubble'. I'm angry at the jerk who did this and I'm angry that the landlord didn't do more when it first happened. I know he can't go around accusing people, but we should have been given deadbolts instead of locks.

I am grateful that it was just stuff and that it wasn't an actual apartment. That would have been very scary. And thankfully, no one was down there to possibly be hurt when the person was robbing us.

So yeah, bad people suck and I'm so angry at this person's lack of respect and kindness to others.
I don't get bad people at all. I just hope karma gets him in the end.

Yesterday was another sad day.

Mama B took our beloved lil Buddy to the vet and he is now running around in doggie heaven with his Mom, Muffin, and our grandmother, Mo.

He was a sweet, sweet lil dog and will be so missed in our household. 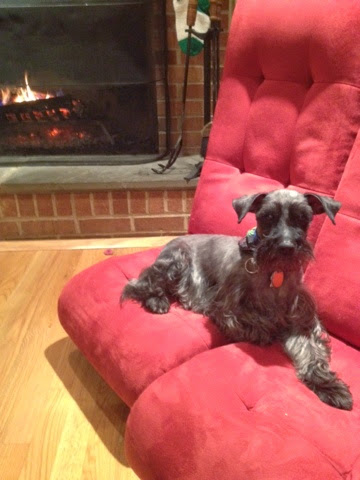