A BALL Of A Weekend

A kickball…soccer ball weekend that is.

Phew, another jam-packed weekend in the books.

:: Brought ringers to a charity tournament to help out my bffer.

:: Didn't get enough sleep because we had too much fun catching up.

:: Rocked the phrase "Sun's Out…Guns Out" with our team. 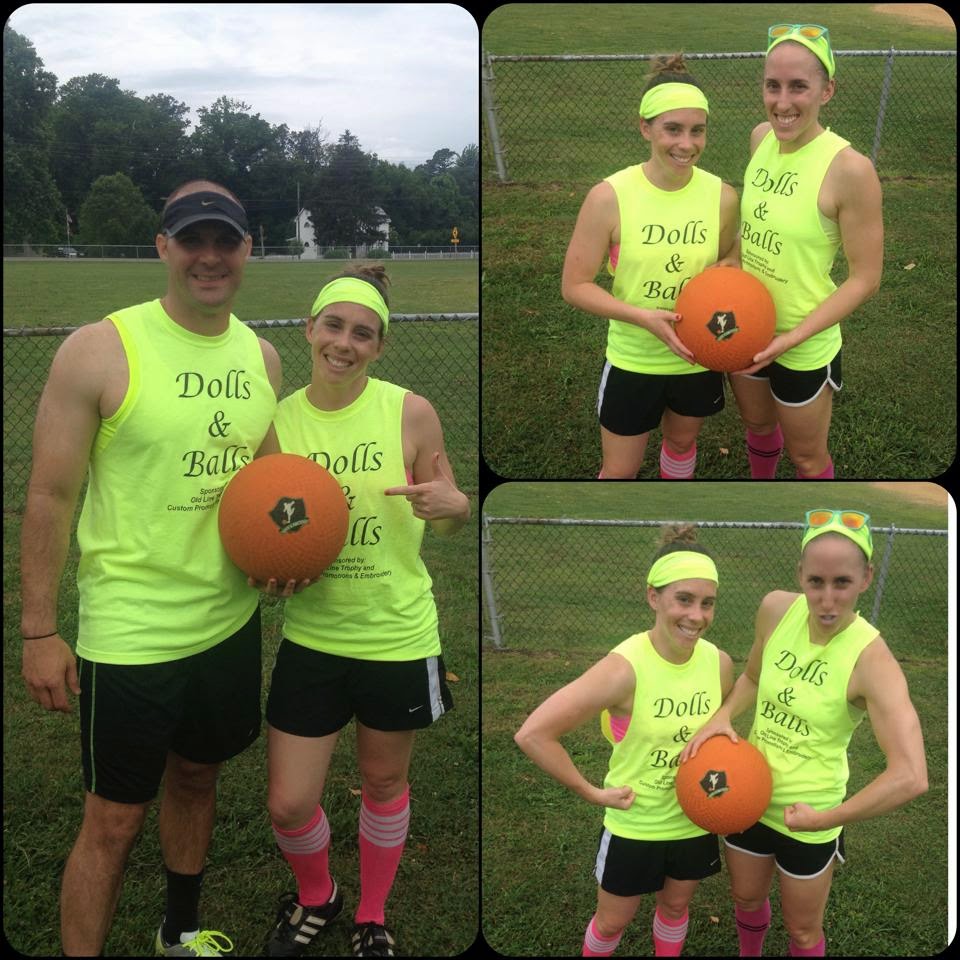 :: Realized there are some very un-athletic people that play sports.

:: Surprised many a team with my speed and kickball skills. 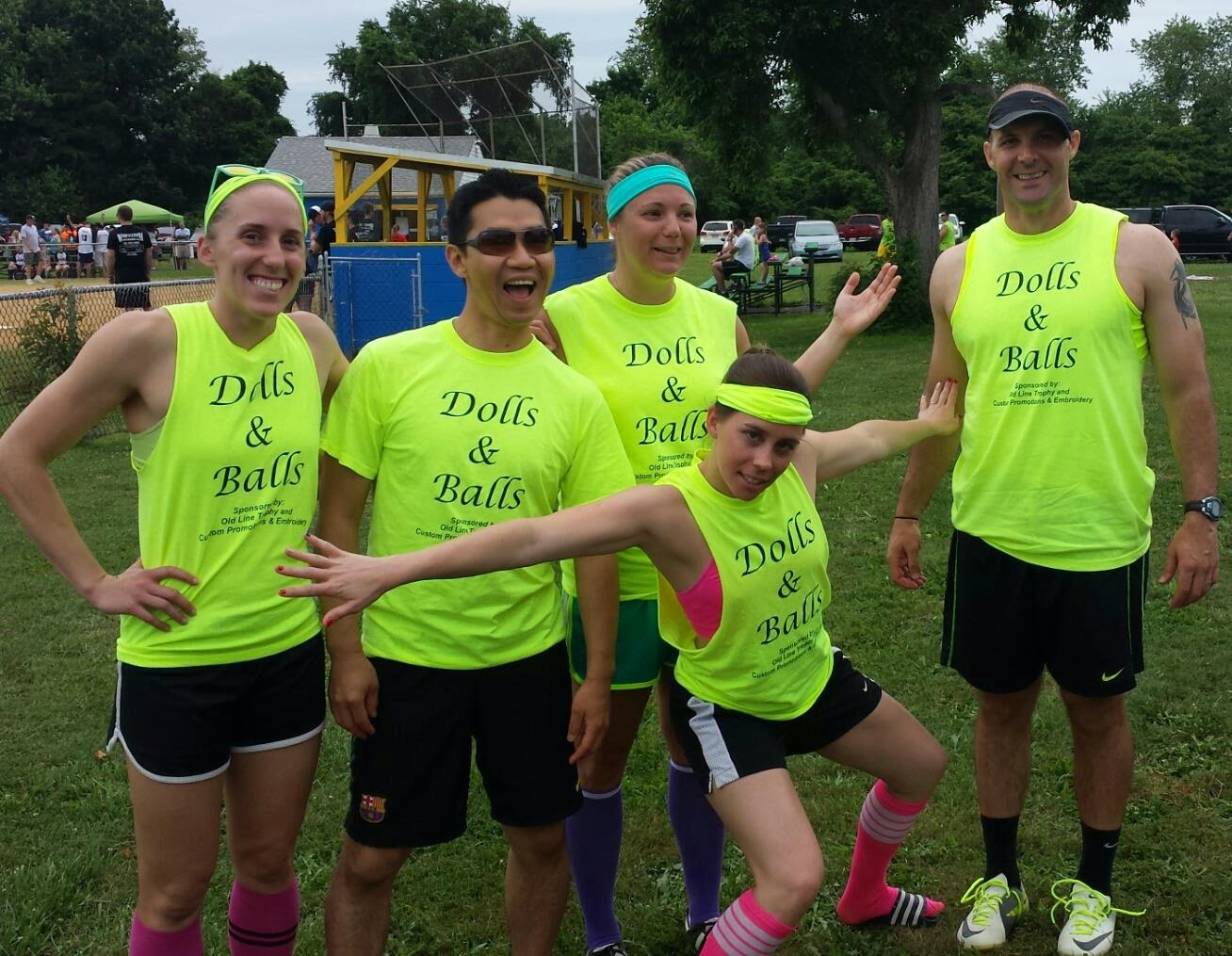 :: Rocked matching Commits with my bffer. 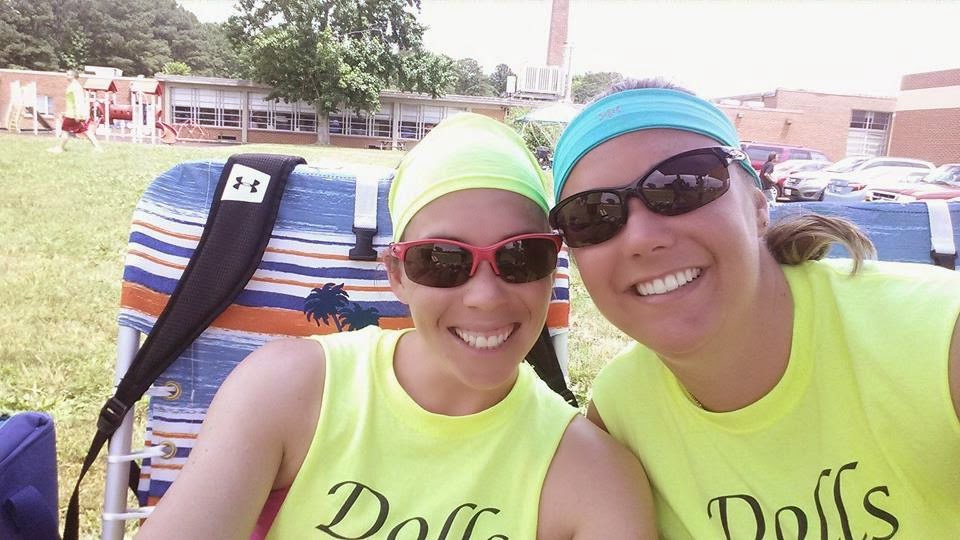 :: Learned that getting second still sucks when it's for charity.

:: Had things put into perspective when a Wounded Warrior came over and told us good game. The charity tournament was to support him and his family and after talking to him didn't feel too bad about losing a game.

:: Learned that even though Johnny Walker Blue is super expensive, it's not my kind of drink. TOO SMOKY! 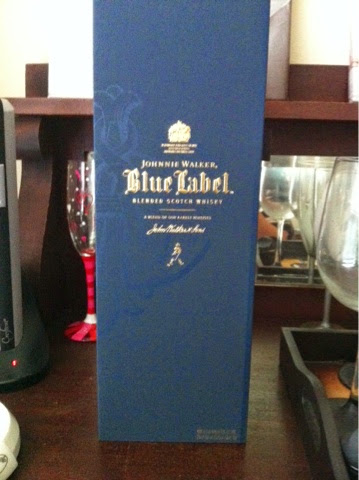 :: Forgot to set an alarm and was late to my soccer game.

:: Learned that I'm no spring chicken, my body was sore.

:: Enjoyed a margarita while waiting for the USA vs Portugal game. 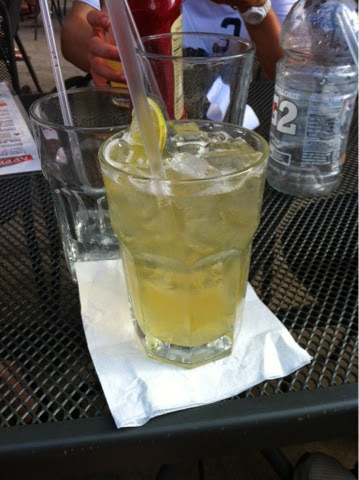 :: Still believed we would score, and possibly win. 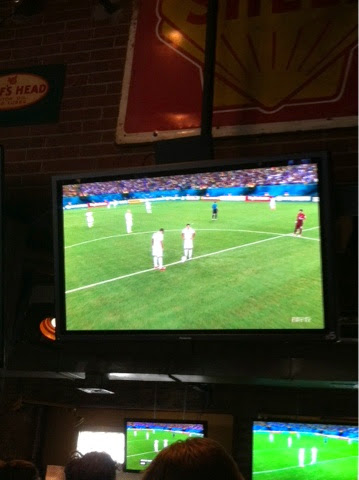 :: Screamed, hugged, jumped and shouted when we tied the game.

:: Learned that 94 minutes is not enough time to win a game.
:: Almost cried when the game ended.

:: Screamed at M. Bradley for not passing the ball.

:: Still believe we will move out of our group.

:: Learned that my husband will turn on Finding Nemo to make me feel better.

How was your weekend?!?


Linking up with these beautiful ladies today whoop.