I started the day off right, all decked out in USA COLORS! 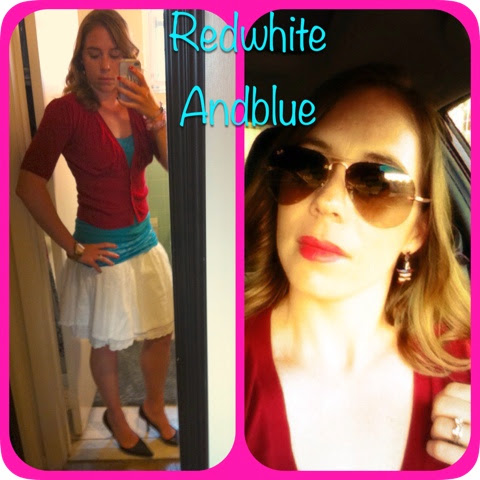 I was able to crank through some work early during the day,
but once the afternoon hit, it was kind of a lost cause.

I got pumped watching the #IBELIEVE video
and chatted with friends online, in anticipation of the game.

I also, sent a USA picture to my girl, Babbling Brookelyn. So glad I have a new soccer fan friend. We were texting during the game. Her namesake helped us win too ;)! 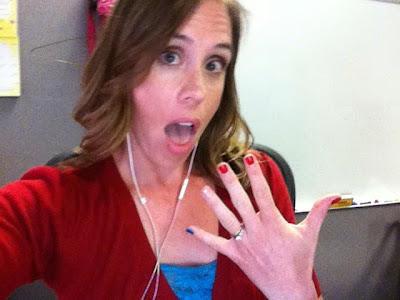 After work I headed to a local bar to meet up with Sportyspice and a soccer teammate and her coworkers. I was there 1.5 hours before the game and I still wasn't able to get a big table. But, I'm not complaining, it's pretty awesome seeing so many soccer fans in one place.

We enjoyed some snacks, drinks and chat and then it was game time. 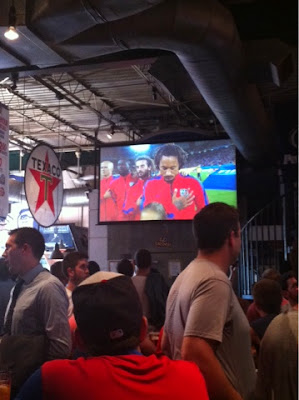 The game was awesome. The first minute was incredible! Dempsey's goal was out of this world, as was the eruption in the bar. Shouting, screaming and jumping around all while OMGing. That early goal was a huge relief, as Ghana has ben our nemesis in the past two world cups. The team played pretty decent after the goal, but we were all excited when the first half was done.

We aren't going to talk about 3/4ths of the 2nd half [math moment], but I'll just say our defense needs to tighten up  like whoa. Ghana's goal was well executed, but we gotta mark better. And we need to find a new nutritionist, I don't understand why so many of our guys kept cramping up. Get on that team doctor, GET ON THAT!

While most of the 2nd half was spent on defense, thankfully, BROOKS got it down in the 86th for us. Everyone screamed, shouted, jumped and I knocked over a stool. People were high fiving and hugging and U-S-A chanting. Then came the longest ten minutes ever, but then….GAME OVER…WE WIN!!!
Up next, Portugal. U-S-A, U-S-A, U-S-A!

One of the most awesome sports moments, ever.