Confessions of an Over Packer

And that means.......it's time for CONFESSIONS of an OVER-PACKER.

I've said it a bazillion times before, but I'll say it again...
I'm a HORRIBLE PACKER!

I over-pack like crazy, because I never want to be left
wanting something while I'm on a trip. 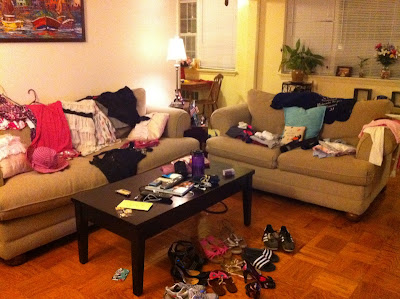 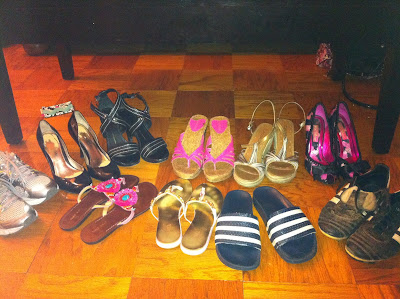 It was only my second trip to Vegas and I really wanted to do it up after my first trip. I was there for kickball tournament so the cleats, flips and gymmers don't really count right?!?! But yeah, I ended up packing two pairs of shoes in Le Husband's [Le Beau at the time] suitcase. I think I brought three dresses, two skirts, two swimmy suits and a pair of booty shorts.

I posted a picture on Facebook and everyone gave me the Heather Dubrow! 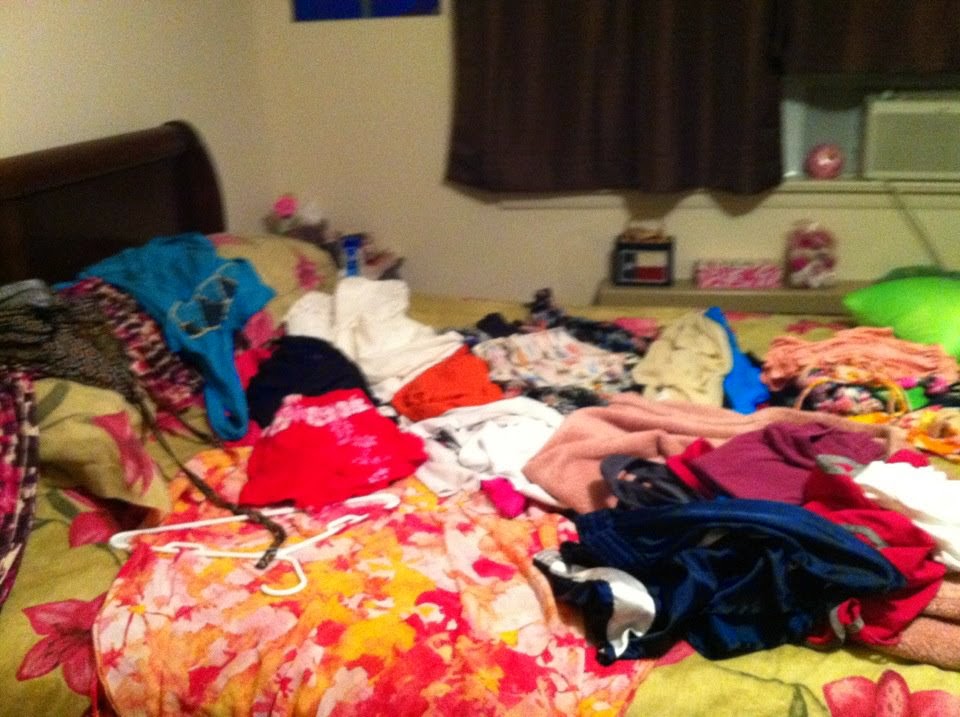 In 2012, Le Husband [Le Beau at the time] kicked some major arse at his job and qualified for an all expenses paid trip to Cancun with other people in his company. And, he was allowed to bring his S/O for free too....HOLLLA! I was super stoked for a free trip with my man, but we had only been dating for six months and everyone else going were older married couples, with kids. So I was a bit nervous about looking like 1] Flavor of the month and 2] A college kid. We only had one excursion so all I really needed to pack was three swim suits, a cover up and an outfit for dinner each night. Yeah....you don't even wanna know how many outfits I packed. 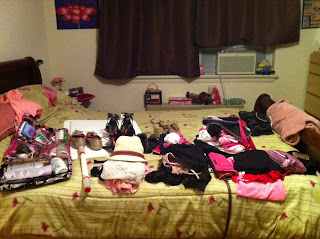 While I was a bit more organized for this trip, I still was a bit of a mess. As you can see there was A LOT of pink packed and I totally brought four extra outfits. I think most of that had to do with the fact that Vegas is the one place I thought I could still wear my sloooty girl clothes. But, when I was there, I found I just wanted to wear a cute dress or skirt. I will say that this trip I was much better with shoes. I only packed six pairs.

So there you have it friends, my over packing confessions. I know a list helps, but I'm always the girl that thinks "hmmmm, but I might need this...just maybe...I think". At least I'll ALWAYS BE PREPARED!

Are you an over-packer or an awesome packer? Any tips you want to share?


linking up with KATHY!