Oh man, was yesterday a doozy. It involved a two a day workout that crushed me, but I'm finally back in the saddle again, thank goodness. The newest release for body pump is INSANE, good but insane and I then got after it with Le Husband at the gym after work.

Then it was off to a fun, sister, DUCK dinner with our regular crew. I've been craving duck for the past few months and we finally got the dinner on the calendar. It was so fun catching up with our friends, who we've know for the past 22 years. We're all busy girls, but we were finally able to make dinner work. #delish #sogood #wanttogobacknow. 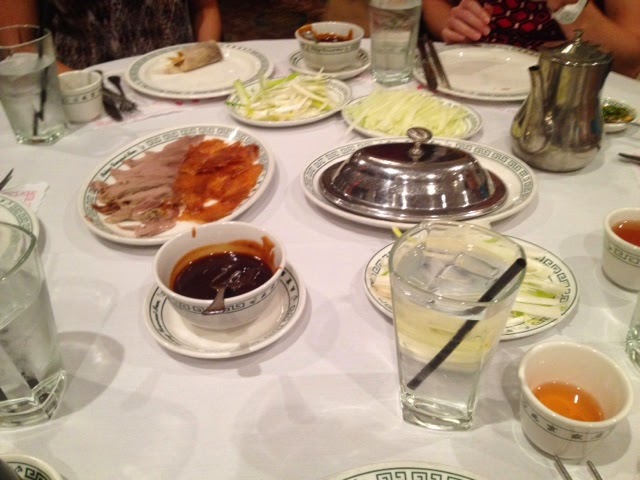 Dinner after the gym was late enough, but I didn't stop there. Once dinner was over it was off to the bar to meet friends for MNF. Normally I don't partake in drinking during games, but last night I needed some wine to take the edge off. 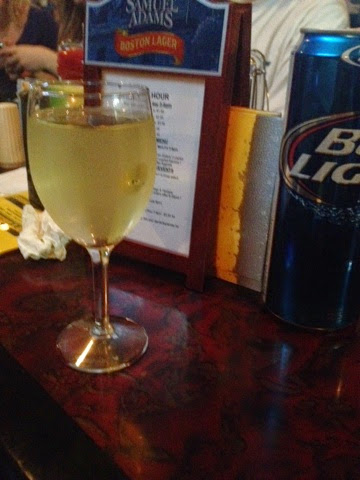 WOOF, that was a tough loss. A doozy of a loss, I might add. I don't know what happened to our team, but I do know that I didn't go in cocky, like other fans. Cowboys/Redskin games are always a toss up and last night we took our turn for the worst. While it sucks, we'll dust ourselves off and move on and hopefully get a win next week against the Cardinals.

I enjoyed the evening, despite the rude, vulgar comments from bandwagon skins fans. I do love the banter that comes along with being a Cowboys fan in DC [Jessie, our email chain last night was awesome], because usually it's all in fun and with fans that know their stuff. Last night, freaks came out though. People who hadn't posted all week about the game had statuses claiming they KNEW their team would win and celebrating the injury of Tony Romo. I don't care who you are, but if you rejoice seeing someone get hurt on an athletic field, your mama and daddy didn't raise you right.

I will still continue to rock my jersey with pride, just as I did at work yesterday. I'm a Cowboys fan, through and through and will stick with my team through the wins and the losses. We still have the overall series record of 64-45 agaisnt the Skins, so I'll take it with a smile. 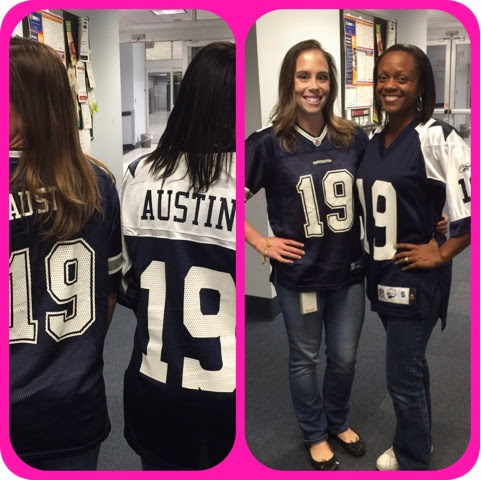 #Blogtober's prompt is all about superstitions. I don't have many, but I do have a few. Most of them have to do with sports, either being a fan or actually playing the game. I only have a few real life superstitions.

Before any athletic event, I put my right shoe on first.

Breath in and out three times before start of game.

Hands up in basketball for a free throw.

I don't step on grates or cracks on the sidewalks.

I throw salt over my shoulder when I spill it.

I make people take back bad things [death threats, sick jokes]. Literally, they have to say "I take it back".

I knock on wood.