Hooooooray, the 3 day weekend is over
[said no one EVER]!

Dash it all, I wish we had ONE more day, just one!

Well, I had a fabulous weekend over here and hope y'all did too.

Nothing special went on, just a bunch of chill time which was wonderful.


Friday night after work C and I went to hit golf balls at the driving range. Since I haven't been able to work out, lots of food hasn't seemed tasty to me at all. C felt the same way that night and we COULDN'T for the life of us decide what we wanted to eat. NOTHING sounded good, until he said, "cereal?" and I said "Lucky Charms?" we both said "SOLD!" went to the store and behold our dinner. 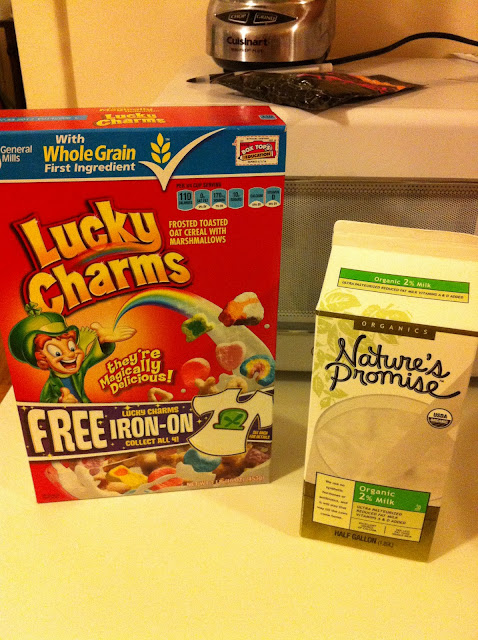 Twas glorious in it's own and we were both happy campers. We watched Roddick rock the US Open [so sad he's retiring] then off to bed because I was exhausted from the week.

Saturday morning was supposed to be laid back and easy, but alas life happens. We both woke up late for the farmer's market and missed out on eggs and all the good stuff, "confound it RAJA"! After some major pouting, I found what I wanted, bought myself some flowers and we were on our way to run errands. As start walking to the first store, C reaches for his wallet, and it's not there.

The only thing we could think of was it must have been left at the farmer's market, so we made a beeline back to the market. Luckily most of the vendors were still there so went to each one asking if they had found a wallet. NO dice!

C tore his car apart in the parking lot. No dice!

We searched and search in the parking lot. No dice!

Since the market was across the street from a police station, I decided to go and see if a good Samaritan found and returned his wallet. C gave me 'yeah right look', but I went anyway. A kind lady came to greet me at the door and when I started my story she immediately asked me his last name, and I about fainted!

A wonderful, kind, amazing and trust worthy soul found his wallet, didn't take ANYTHING and turned it into the police station. There ARE good people in the world! God heard my crazy jumbled prayers, and let the right person find the wallet. Our God is an AWESOME GOD!

With the wallet found, our weekend was saved.

A friend of ours graciously offered C and I extra tickets to see Cirque's show Totem so we met them for the afternoon show. It was pretty good, but not my favorite. I enjoyed Kooza much more. But, Cirque people are crazy talented! 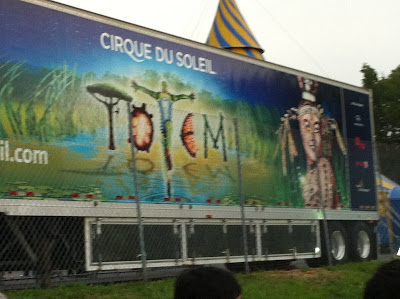 After the show we went to National Harbor for dinner and lil Babyspice met up with us. The plan was to go out after dinner, but a monsoon came and we all decided heading home at 930pm in a monsoon was better than later in the night. There was a stop made at Cakelove for some delicious cupcakes before we left.
Sunday was my PLANNED day to go to the pool after church.

Mother nature DID NOT cooperate!
It rained all afternoon!
Yucky yucky gross gross!

So, instead of baking myself in the sun, I baked goodies.
While watching Disney's Peter Pan
[Such a lost treasure]

But, I'm a baker not an eater. I enjoy baking the food,
but rarely eat the finished product.
Winning for me....losing for the family.

Luckily MONDAY the sun came out to play. 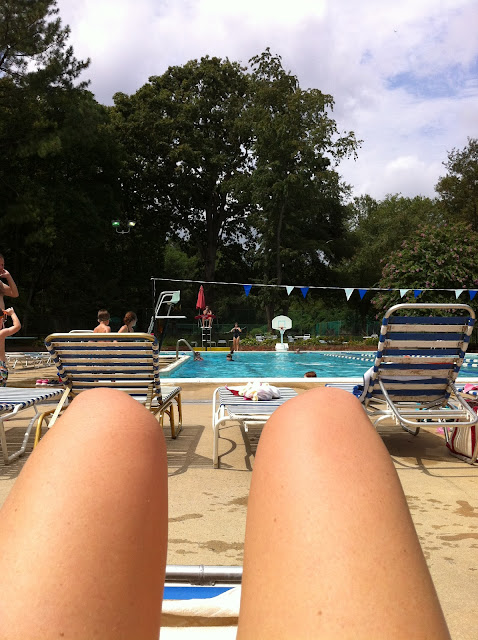 So I spent the whole day at the pool. The family had an "End of Summer" cookout and it was so much fun. I enjoyed squeezing the last bit of pool life out, and had some quality time with the Beau and the fam.

The rest of Monday was spent cleaning, prepping for the week and...........RUNNING!

YES, I am RUNNING again, woot woot!
I'm wearing a brace, but ran yesterday and this morning
and I'm BACK Y'ALL!

Feels soo good, you have NO IDEA!
Lil Miss workout thang is back, WOOHOO!!

I hope everyone had a great weekend. I'm linking up with Sami today!