Hello and happy Monday, friends. I hope everyone had a good weekend and spoiled their father's rotten [bighugtothosewhosnolongerarewithus]. My father was spoiled but he had to share the weekend with a  family weeding, which of course he didn't mind. His side of the family all congregated in Lexington, KY to watch our cousin [his nephew] get married. It was a fun filled weekend and I was so ecstatic to be reunited with my sweet sisters and parents. I know it's only been a month but I've missed having them close something fierce.

Everyone arrived on Friday night and we BBQed at my aunt and uncles house while everyone was at the rehearsal and dinner. The wedding was at their home [which is a small horse farm] and we were there to keep watch on the setup so hooligans wouldn't come around and do something foolish. It was nice to catch up with grandparents and other aunts and uncles then it was time to head to the hotel and off to bed.

Saturday morning I was up early with Sportyspice and we hit the gym before breakfast with the family. Mama B and Daddy headed to get Babyspice after they ate so we hit the pool for a lil tanning time before the wedding. Soon enough the entire clan was outside and our chill pool time turned into family knockout basketball games. It was quite completive and hilarious with laughs and trash talking all around. Soon it was time to break for lunch though and start getting ready for the wedding. There was a fun Chickfila adventure with Sportyspice and then more cousin and sissy catch up time. All the girl cousins decided to get ready together and its as great talking to our one cousin who is THISCLOSE to making the Olympic Rugby team, so exciting.

We all headed out to the house together and it was SUCH a gorgeous Kentucky day. The sky was so blue and there was a delightful breeze which kept us from sweating…too much. It was very warm during the ceremony but it was so lovely no on really minded all the sweat, haha. 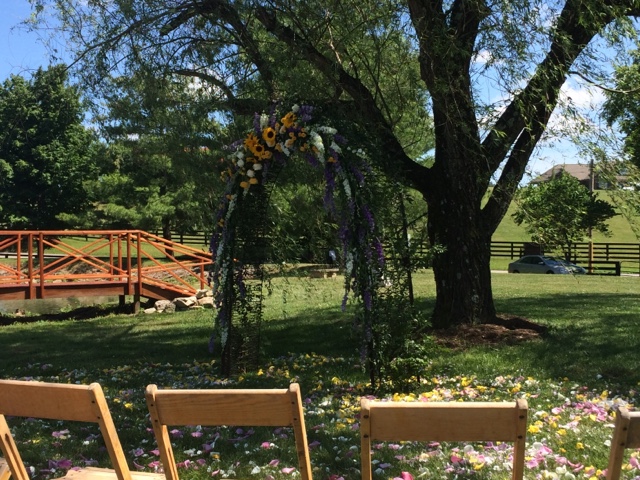 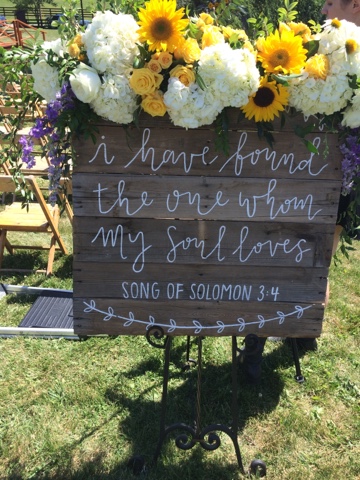 Lots of cheers were heard when they were announced as husband and wife and then it was on to family picture time before cocktail hour. You know we had to get some fun sister pictures, right? 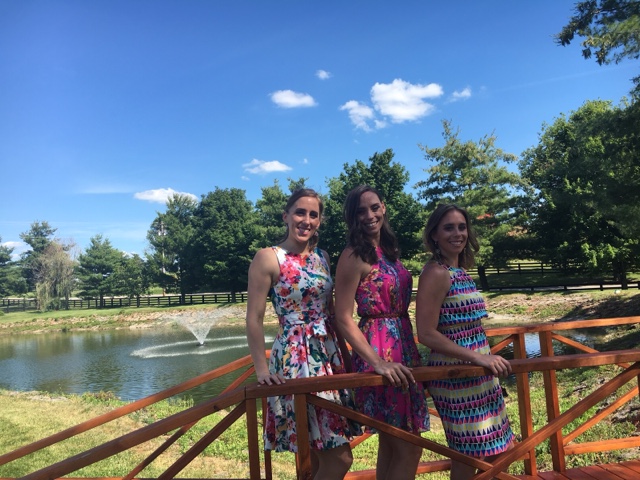 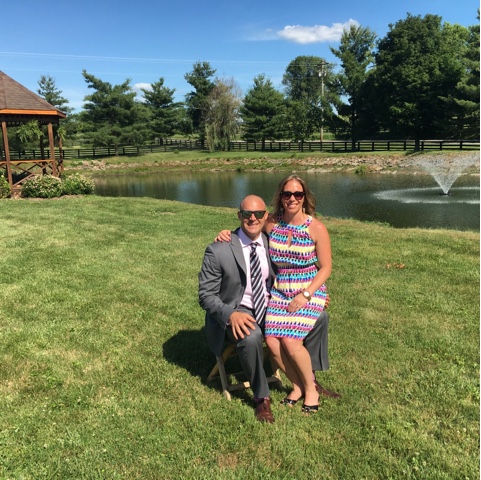 The wedding had a lovely shabby chic hipster vibe and I LOVED the blushing bride signature drink. 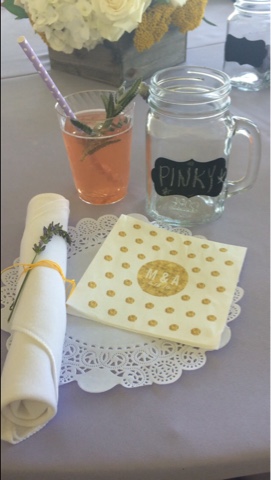 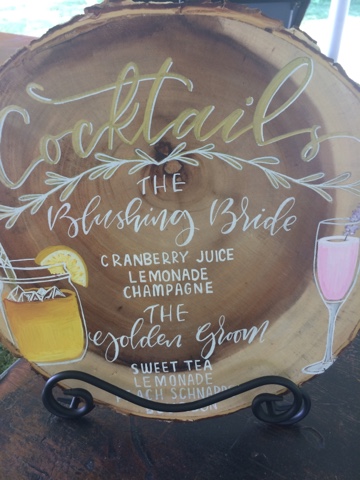 The biggest hit of the night was the photo booth. I've NEVER been to a photo booth this good nor have I ever enjoyed one as much. I seriously have a whole stack of different pictures with different family members and it was so much fun. 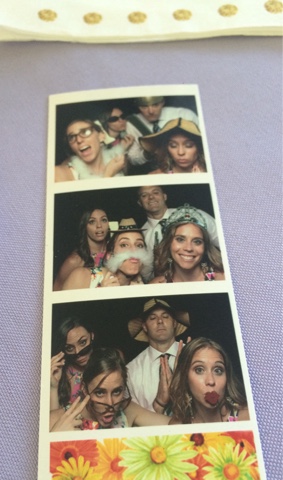 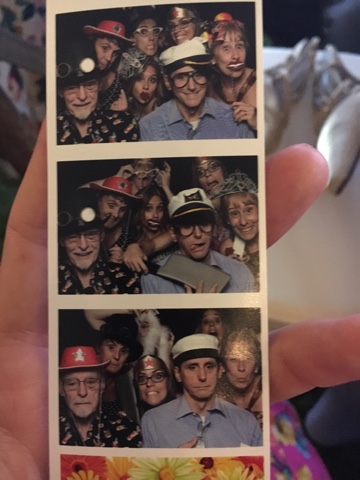 In between the photo booth fun we all broke it down on the dance floor and danced our lil hearts out. Yes, even Le Husband :)! As usual, the Brady sisters were a hit and we started quite a few different dances which was a blast. 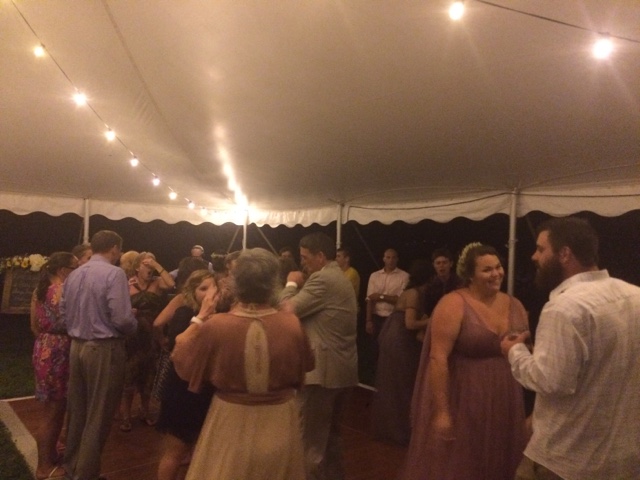 Too soon we were sending off the happy couple with sparklers as they began their new life together. 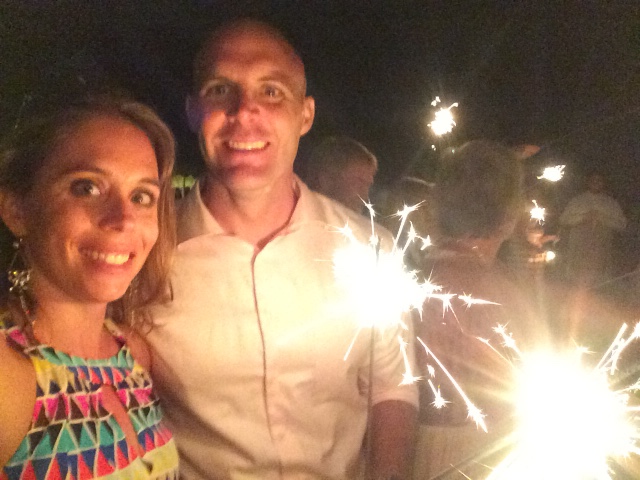 The family closed down the party and sadly it was up bright and early for family brunch the next morning. Everyone was a bit tired however we were all laughing about the fun the night before and all the shenanigans. There were a few people who spent the night on the back porch, haha.


When brunch was over it was time for people to start heading back which meant it was time to say goodbye to my family again. I have to admit, it was so weird watching them drive off for home without me. There may have been a tear or two when it happened. I had so much fun with my sissys and can't wait to see them in just three weeks for Sportyspice's bridal shower. 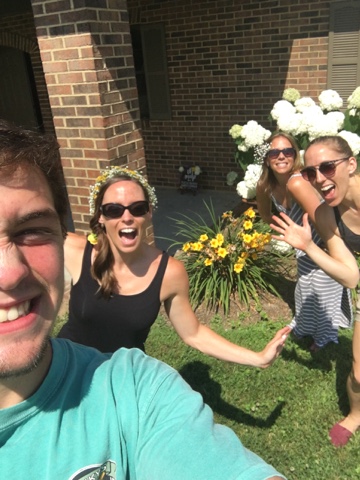 Le Husband and I headed home later that afternoon and it was a quick three hour drive to Knoxville. Once home we helped get dinner ready for the grandfathers and then spent time catching up with the fam. There are a few interviews in place this week so if you can say a prayer or two that would be wonderful. Hope y'all have a wonderful Monday!