Time to Play a Lil Catch Up

Today marks a week in Tennessee and time has honestly flown by so quickly. It does not seem like it was seven days ago I packed up my car and made the eight hour drive to a new state. Tears lasted about two hours on the drive, but soon the excitement began to chase away the sadness. 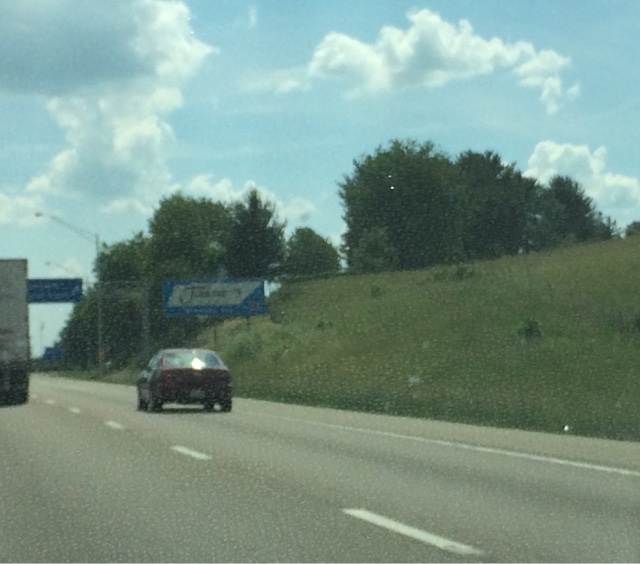 All a sudden I was pulling up to my temporary home and unpacking my overpacked lil car. Wednesday was a mess of a day with organizing our lil room, getting the lay of the important roads and a quick lunch with T-Bone. 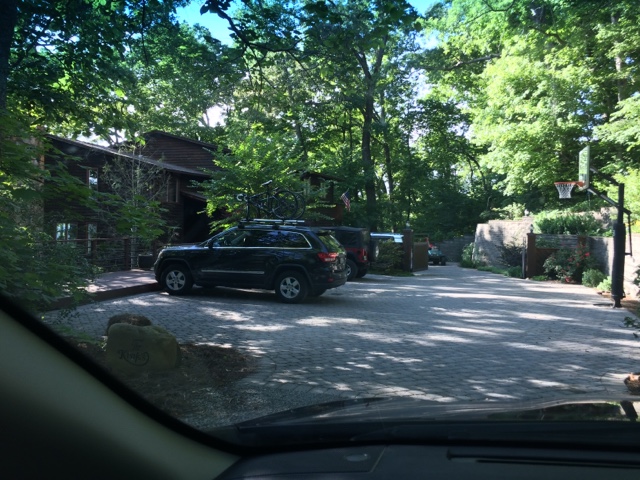 Our next big project was finding a Gold's so I could plug into the BODYPUMP circuit quickly. I had already connected with a manager at a gym down here and went to audition on Friday morning. That led to another class on Saturday morning and I NOW have a morning class on Wednesdays until I find a 9-5. I'll also be subbing as much as possible at different gyms in the area. We were also able to get our memberships transferred over which took a lot of stress off my shoulders.

The past seven days we've done our best to try and create a new routine while we continue to look for jobs. Mornings have been all about prepping resumes, editing cover letters and applying to jobs online and then we try to do something outside in the afternoon. Our first bike ride through downtown was awesome and we excited to plug into the biking community here. 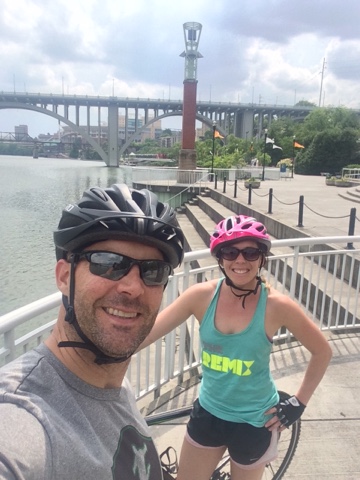 Since my aunt and uncle live on a lake there are often people stopping by on the weekends. We helped them prep both the big boat and the ski boat for the opening weekend and then enjoyed a few hours out on the lake once the rain subsided. I have big plans for the hills and lake for my new workout routine. 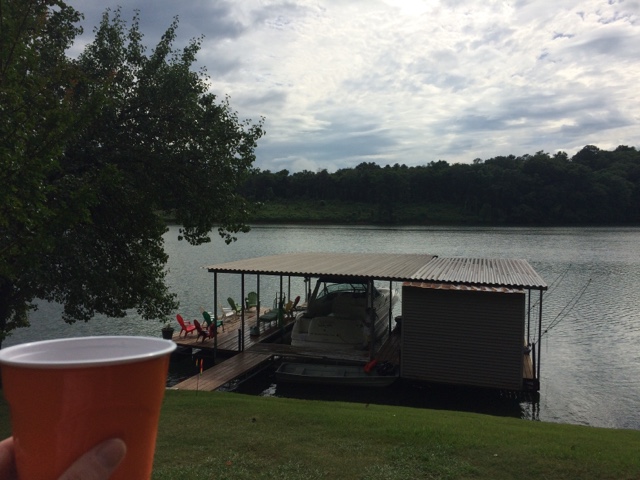 While driving along one of the main drags in the area we happened upon a Dick's sporting goods store and participated in a bit of retail fun. I finally found a USA soccer shirt after looking forever and some awesome Calia leggings on sale {similar here}. Of course I had to buy a UT shirt since I'm now in Volunteer country. 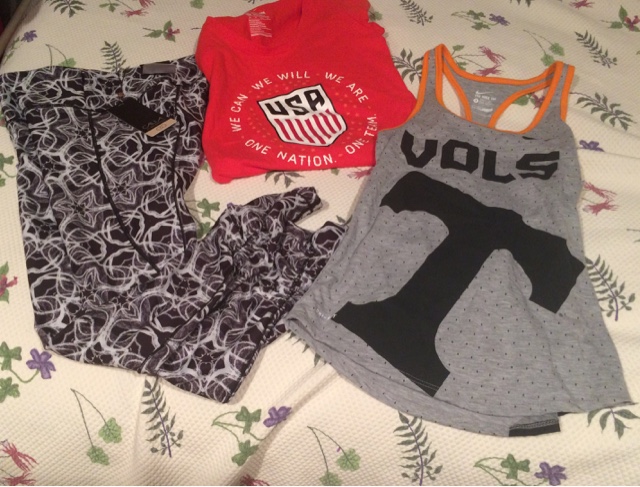 My running shoes were walked to death in Europe so I've been on the lookout for a new pair. While we were at the sports store I perused the shoe department and the new Nike's caught my eye. I settled on these awesome Zoom Pegasus pair because they are SO LIGHT, have great support and I'm honestly stoked to just have a pair of black running shoes for once. 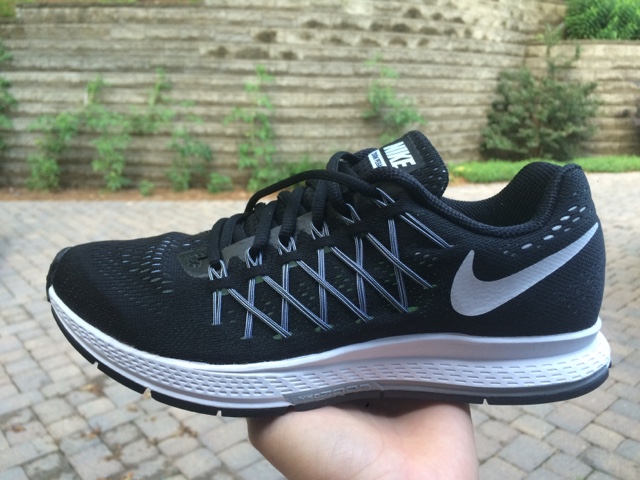 Food here is a bit more decadent than we normally eat so Le Husband and I are trying to get back on the healthy track. I have a whole post about this later in the week, because my fitness is at an all time low right now and it's no bueno. Lots of these salads are in my future for sure. 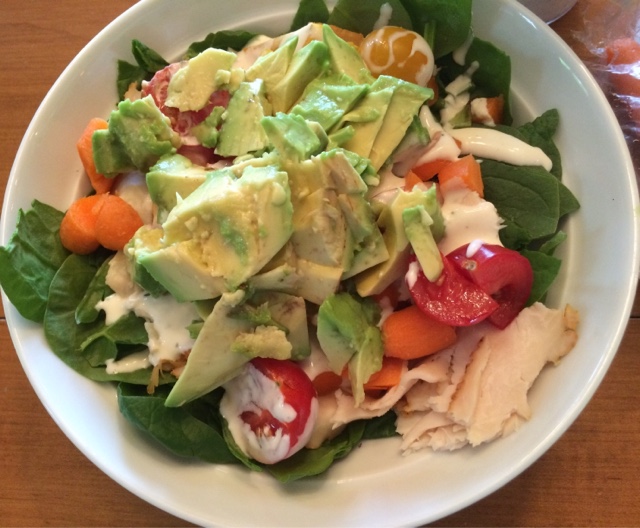 I touched on this a lil in Friday's post, but I am ever so grateful for family and the fact Le Husband and I don't have to do this on our own. Not having to stress about immediately finding a place has been such a blessing and it's so nice spending extra time with family we usually only see once a year. My heart did a lil pitter patter watching Le Husband and my cousin playing a Xbox game. 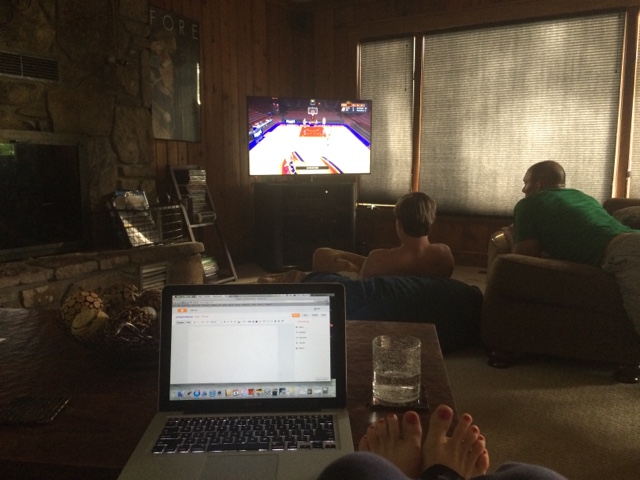 Yesterday my aunt took to get a much needed manicure and I've been smiling at my toes ever since. It was such a small lil thing, but it made me feel more at home because it reminded me of pedicures with my sissys. So happy to finally have cute feet again. 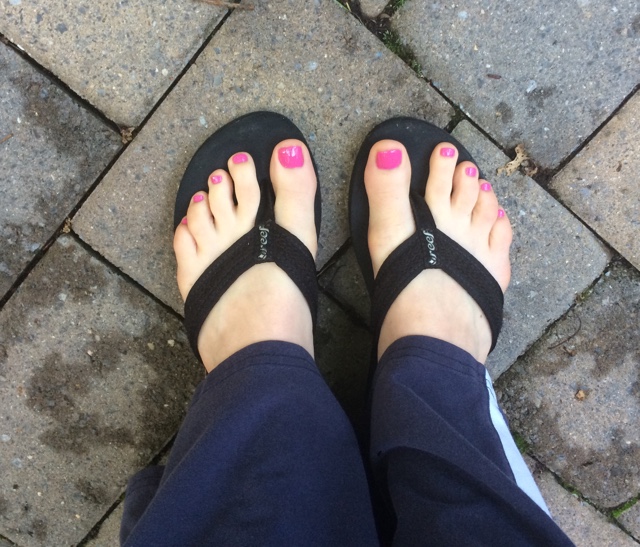 So there you have it, a quick lil update on our move. If you can send a lil prayer for jobs our way if you will. I understand it's only been a week but it's the longest either of us has ever been out of work so it's a lil unnerving. I know we will find great jobs in due time, but extra good vibes would be helpful!

Hope you have a great day!