Are You Ready For Some Football!?!?

Happy Friday ladies! Today's a special Friday Five, as I'm also linking up with Erin for her Football Friday linkup. Can you believe football season is almost here? I'm a summer girl, through and through, but football helps take the sting out of fall for me, every year. So, without further adieu, here are my five favorite things about football :)!

Favorite Football Team: THE DALLAS COWBOYS!!! I've cheered for them since I can remember, Daddy loves em, so you know Daddy's girl loves em too. Yes, I know I live right outside of Washington D.C. home of the Deadskins, I mean Redskins. TRUST ME, I get asked ALL THE TIME how I became a fan and usually the whole "I grew up cheering for them" gets me a bit of a pass, but sometimes people are ridiculous. If they really get annoying, I just start quoting Super Bowl wins, player names and game stats to get them off my back. Hard to make fun of a fan when she knows her ish. The 90s were the best because we owned the NFL and I loved watching my team bring home the trophy. The past decade or so has been tough, but I've stuck it out with my team and our quarterback {oh Romo}. I go all in every year and every year I get my heart broken. Hopefully, 2015 breaks the curse, but honestly, as long as we sweep the deadskins, it's a winning year to me.
Favorite Quarterback: Hands down, Troy Aikman. Legit thought I was going to marry him growing up. He was the number one overall draft pick in 89, played his only twelve seasons with the Cowboys, leading them to three Super Bowl victories, was chosen Super Bowl XXVII MVP and was a six-time Pro-Bowler.  Oh yeah, and he's the quintessential good looking Texas Cowboy. I was so bummed when he got married [as was my dad, haha], but I've continued to enjoy looking at him as he announces games on the Fox Network. Personally, I think he needs to give Romo some tips, but hey that's just me.
Favorite Football Food: I love me some football food, y'all. Chips and guac. Sliders. Seven layer dip. Meatball subs. Nachos. Basically, if it's cheesy, salty and bad for you, I want to eat it. And I do. I love trying new tailgate recipes and have found some amazing ones through the years. I have to say, my favorite tailgating food is a tie between a cheesy, crab dip and a really good slider. YUM to the O!

Favorite Football Memory: Honestly, I don't have just one, but all of them revolve around being in Fedex Field, watching my Cowboys kick the poop out of the Redskins. There is nothing better than being in someone else's home stadium and handing them a loss. Bonus points for keeping them out of the playoffs, too :)! 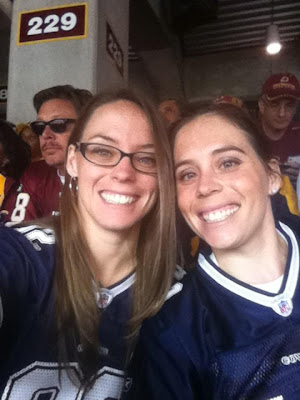 Favorite Non Football-esque part of the Football Season: Not only can the Cowboy's claim the title of "America's Team", their cheerleaders are the BEST in the business and "America's Sweethearts". If I could go back in time, I'd totally take dance so I could try out for the DCC. These are the most talented women in the business and such role models for the community, too. If you need another show to watch, I highly, highly suggest DCC Making the Team, it's pretty fabulous :)!


Let's hear it for Erin and her FABULOUS FOOTBALL LINKUP!!!! ps.com: Don't forget to linkup with Lynn, Carolyn and me next Tuesday for: 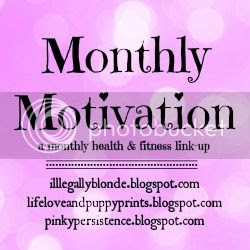 **linking up here and here this week**