Hello Monday and hello friends! How are you all doing today? I'm up and at em and rocking and rolling after teaching my 6am BODYPUMP class. Whew, early mornings are tough at first but I think I'm already in the morning groove. Thankfully I was able to get some sleep this weekend so I'm ready to face the FIRST FULL WEEK since Christmas break, woof! Send me some happy vibes will you? 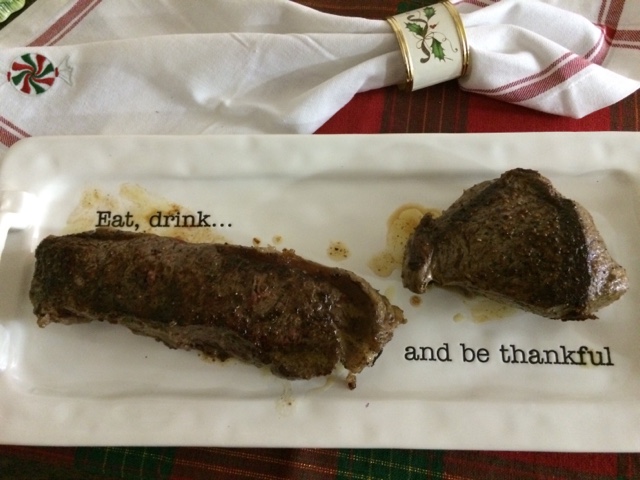 … caught up on two shows then hit bed early because my Saturday was packed.

… woke up early for more wedding dress shopping for Sportyspice. We hit up David's and retried on favorites but then went to a local boutique and oh my land did they blow David's away. She is now deciding between two which is really exciting! I admit she's a bit torn, so anyone have any advice about dresses for her? I've given her my thoughts but figure it couldn't hurt to ask other bridey friends.


… screamed from the second appointment to a BODYPUMP practice with three other instructors. It was awesome to go over the chorey before our release tomorrow [eeek] and I really enjoyed meeting new friends. #onntribe

… came home and started the process of putting away Christmas. #booocard
… was photo sniped by Le Husband. He tweeted me about being sad and then took me to get ice cream.

… ate Menchies to make it better. #thankyoulehusband
… randomly had a twinge in my bicep. Did everything possible to roll it out because I teach three classes this week. Will definetly be dropping weight while I teach, but any tips from y'all would be great. #cantgethurt

… watched the Bengals game and dammmmn was I pissed. Pamela and I were tweeting the whole game and I am highly disappointed in the refs and announcers. It was an incredibly biased display and ugh on the final quarter.

… slept in, went to church then prepped food for Monday and the week.

… took a nap because I was exhausted after Saturday. #oldladyproblems

…. came home, cleaned up, packed my bag for my 6am BODYPUMP class, practiced one more time, watched the deadskins lose [heeehee], planned for a big trip, read a few chapters then hit the hay.

How was your weekend? Did you do anything fun?

Before I go, I have to comment on the fact that THIS TIME LAST YEAR I was in Dallas with my BOFF and Le Husband cheering on the Buckeye's to the first National Championship. WOW, crazy how fast time flies. You better believe I'll be cheering hard for Clemson tonight.

Linking up with these beautiful ladies whoop whoop