7 years ago and TODAY

Katrina DEVASTATED the Gulf Coast and left massive damage in her wake.

I remember vividly watching the destruction of Katrina, on CNN at my first job. I was 3 months out of college temping and struggling to keep it together as I watched the wrath of the storm batter NOLA, MISSISSIPPI, and TEXAS.

I can still feel the knots in my stomach, the tears in my eyes and the overwhelming feeling of
"I MUST DO SOMETHING TO HELP"!

That feeling stuck with me day, after day, as I read about the destruction,
death, fear, hurt, and sadness. I remember telling my best friend L,
"I don't know how, but I will go down there and help"!

Little did I know, God was stirring my heart for good.

2 weeks after the storm, my mother told me my church was sending a
team down to Gulfport, Mississippi to help those affected by the hurricane.
I immediately signed up and started to prepare.

Luckily, my temp job was ending and I was living at home so I could take
the week off. The $500 was a tough pill to swallow because I was making peanuts
and didn't have another job lined up.
But, I knew this was something I HAD to do.

Our team arrived in Gulfport the 2nd week of October.
That's barely a month after the storm hit.

Another church committed to sending teams in EVERYWEEK until the end of the year. Including Thanksgiving and Christmas time. God is so GOOD!

I could write a novel about my experience in Gulfport, but I don't have the time, and frankly don't want to break down in tears right now.

I was blessed enough to be able to do mission work four different times in Gulfport and once in New Orleans. Each trip was amazing in itself and I have so many fond memories.

But, nothing will EVER top my first trip.

I cried driving to the church from the airport.

There are no words to describe the destruction I saw.

I cried after talking to people because of their HOPE!

I cried when people thanked me for helping.
Humanity truly is GOOD at the heart.

Here are a few pictures I found from my first trip. 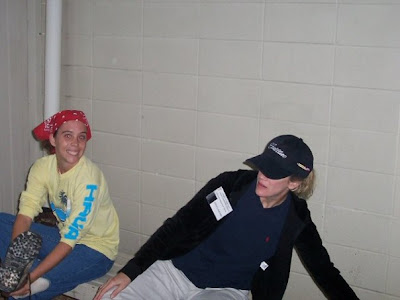 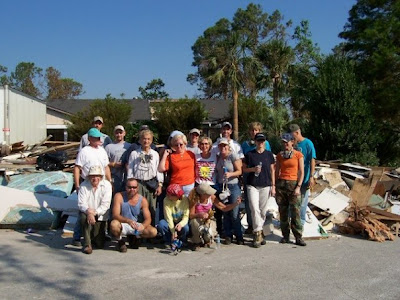 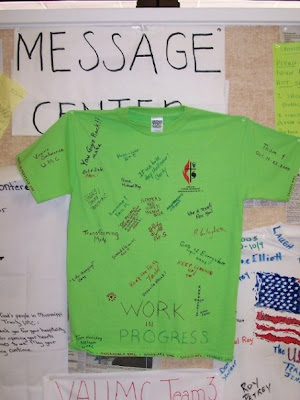 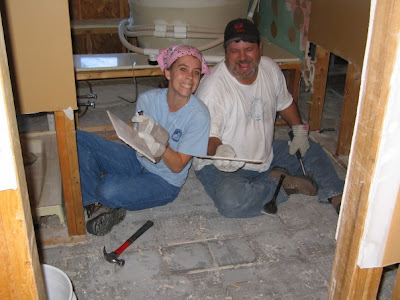 I wish I had more pictures. I'll have to look on my old computer.

There is still SO MUCH to be done after Katrina.
Supporting communities rebuilding after the hurricane has become my cause.
We haven't forgotten you Katrina victims, we are still here!

As I write this, stupid hurricane isaac is making landfall in the SAME path
Katrina took 7 years ago.

People have already rebuilt once, they don't deserve to rebuild so soon.

But, I'm ready to help!
God is good and will protect them.
I HAVE FAITH in Him!

My work boots are ready though!

Please, take a moment to pray, send thoughts or good vibes to those who are and will be affect by the weather. I know every good thought and prayer will be heard.