Hello and happy Monday y'all! Today starts a fabulous week of guest posts and I have a super kickoff treat for you! Erin from Shades of Gray and a Pinch of Pink is guest posting. This chick is DOPE! Seriously, not only is she gorgie, she is hysterical and will have you in stitches from laughing so hard. Not to mention she has a great eye for fashion and design. But, the best part is, she's a KICKBALLER...LOVE IT and HER!! 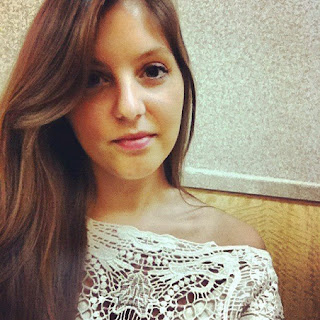 I blog over at Shades of Gray and a Pinch of Pink
but I'm superdy duperdy excited to be guest posting here today!
P!nky captured my heart right away because, well, her name is P!nky.
I love anything pink so I immediately was like, darn it, your name is cool so you must be too ya know.


For instance, I will one day have a PINK front door, I totally will 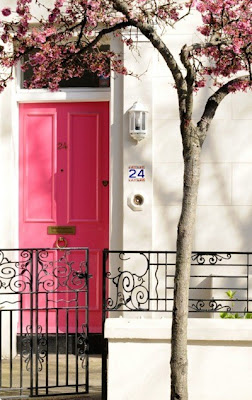 Then she captured my heart again by loving kickball.
Because I play kickball.
But P!nky is really competitive and intense about her kickball.
I really just play in order to go to the bar afterwards and get cheap pitchers.
Truth.
See, I actually play, and that's part of my team - I'm on the right 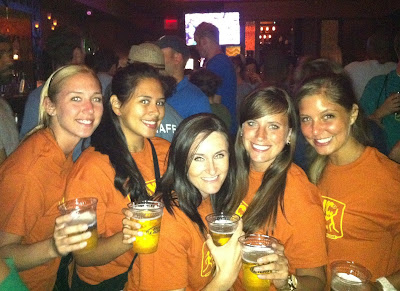 But anyway, I really have no idea what I'd like to discuss with you today.
The Olympics have eaten up every morsel of my brain.
For real guys I'm obsessed.
But even more obsessed with this guy: 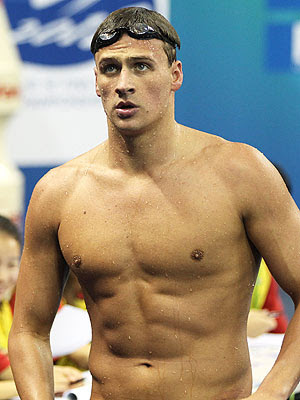 I think I've watched more tv since the Opening Ceremony than I have in the last year combined.


FALSE. That is totally, completely, 100% false.
I love me some trashy reality television and I watch it on a regular basis.


It's not at all healthy.
Any television show that can keep me occupied without having to think about anything other than wanting to smack Farrah from Teen Mom for being so rude to her parents, shove soap in Milania from RHofNJ's mouth, stick Abby Lee from Dance Moms on a treadmill, and stare with wide eyes at Sean from Bachelorette is alright by me.
Swoooooon 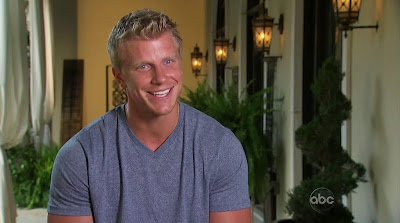 Who's with me on that one, right?

Hopefully I'm not the only loser who sits on the couch glued to the crap that is American television these days.
I mean, I'd gladly go back to Rugrats and Hey Arnold but even the kid's shows these days are horribly awful.


P.S. how on earth did I just go from having no idea what to talk about to writing an entire post rambling on about who knows what?
Oh that's right, I'm watching the Olympics while actually typing this nonsense.
My brain is occupied by everything that is the U S of A!

I hope you all are enjoying the games as much as I am and maybe sneaking in some reality tv in the midst of Ryan Lochte taking his shirt off and the women's gymnastics kicking AY ES ES.

Thanks so much for guest posting Erin. You had me at PINK and OLYMPIC CRACK!
XOXO to you girlie!!!